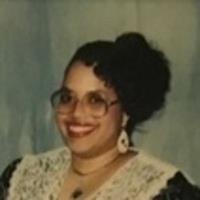 Dear Camille, I'm late just like I'd always be when the two of us would be waiting after work, for our rides to go home. But , I still wanted to say how much I thank God for the opportunity for us to have crossed paths. You were such a sweet person and I always enjoyed talking with you and had one of the best smiles. You were always encouraging when we talked about different challenges in life. God Bless your soul sweetie and prayers go out to your family and friends. Love you.

Dear Camille missing a life long friend and classmate from grammar to high school with a magnetic personality and engaging spirit. May you rest in Peace knowing your impact on those who embraced you will be forever impacted by the Greatness of your
Character. God bless
You and see you on the
Other side.

Working with Camille at Hyde Park Bank was a joy. She always had a smile and kind words for everyone. She will be missed. Please accept my heartfelt condolences.

I enjoy working with you at HPB, you were always friendly and funny. Sorry to hear of your passing, rest in peace.
T. Haney

Camille was always the glue that held us 4 sisters together. Our hearts are broken and she will be truly missed by us all. Buffy, Cycely and Marnita

Such a dear soul. Hung out with her and other classmates at our class reunion. Will truly miss you, my sister. Prayers to your family.

No words can ease the pain but prayerfully in time her memory will give joy. Blessing and strength to the family. May God comfort you.

My sincere condolences to your family! PLJ4life "81"

Get email updates about CAMILLE FISHBACK delivered directly to your inbox.

Camille Antoinette (Jones) Fishback was born in Chicago on December 5, 1962, and joined a year later by younger brother, David, of the union between Warren Allen and Gwendolyn Antoinette (Turner) Jones.  Known with great affection by all as ‘Keale’, she always treasured fond memories of summers spent with first cousins, learning to play tennis with friends at Tuley Park and family trips to Wilberforce, Ohio and Jamesville, Wisconsin.

Camille enjoyed performing with the modern dance group at Percy Lavon Julian High School in Chicago, and graduated Summa Cum Laude. She excelled in mathematics and science, first attending University of Illinois Champaign-Urbana, then completed those studies with her Bachelor of Science degree in Electrical Engineering from the Illinois Institute of Technology in 1985.  She would soon work for the Hyde Park Bank, then the Banker’s Life & Trust Company where she spent over thirty years specializing in annuities. Besides her love of hair style changes and collecting friends by the dozens, she would always find time to spend with family, especially all birthday celebrations with first cousin, Carolyn.  She met Lorenzo Fishback in 2005, and they were united in Holy Matrimony on October 20, 2007. They shared in raising daughter, Hakeema.

Camille went home to her heavenly Father the morning of April 28, 2021.

No one person can completely express the great feelings to have known such a beautiful daughter, sister, mamma, cousin, and friend.

May God look after and keep our precious Keale until we see her again.