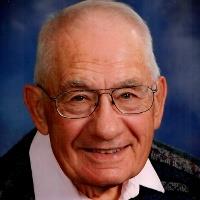 Sincere sympathy to Barb and all of Carl's family. May his soul rest in the peace of Our Lord. May all of his family and friends find comfort in the fond memories they shared with him. Peace to all.

So sorry to hear of Cecil passing. He was a wonderful man.

Sending sincere condolences. Matt & I got to ride in the freight elevator of the grocery store Carl ran in Otterbein. Great memories!

Peg & Family; You are all in our thoughts & prayers Rip Cecil.

So sorry to hear about Cecil. He was such a special young man. We always enjoyed listening to his stories and chatting with him at that gas station. I have no doubt that he will be greatly missed by all. Take comfort in the fact he is now your guardian angel and will forever watch over you. Hugs and prayers for all.

I am so sorry to hear about Cecil and all of you have my heartfelt sympathy.

I'm so sorry for your loss. Please know Ray and I are praying for you're family. Love you, Cathy

Peg, Linda and family, I am so very sorry for your loss. Cecil was just a wonderful man who I enjoyed visiting with more than you will ever know.

Get email updates about Carl Johnson delivered directly to your inbox.

He was born May 31, 1929 in Riverside to the late Carl and Leota (Fix) Johnson. He attended Attica High School until his Junior year when his family moved to Pine Village. Cecil was a member of the Attica and Pine Village High School basketball teams. He graduated from Pine Village High School in 1947. Cecil married the love of his life Margaret “Peg” Nichols on June 21, 1950 at the United Brethren Church in Otterbein. She survives.

Upon graduation, Cecil began working at Pine Village Elevator and then at Foresman Elevator. He also worked at Hogel Grocery Store in Otterbein where he learned the meat cutting business. Cecil owned Johnson Regal Grocery in Otterbein where he was the meat cutter and later worked as the meat cutter and manager of the Meat Department at Payless Grocery on Elmwood Ave for 25 years. Upon his retirement, Cecil worked in the Meat Department at Wal-Mart in West Lafayette until he retired “again”. He received several awards from Payless and Wal-Mart. In 1988, he received the Greater Lafayette Hospitality Award.

Cecil enjoyed Purdue basketball and the St. Louis Cardinals. Above all else, he loved his family and cherished every minute spent with them.

He was preceded in death by his parents; his oldest son, Stephen Johnson; and 2 brothers, Dean Johnson and Andrew Johnson.

Memorial contributions in Cecil’s name may be given to the American Heart Association or a charity of the donor’s choice. Envelopes will be available at the funeral home.

Visitation will be from 11:00 am until time of Masonic service at 1:45 pm with a funeral service following at 2:00 pm, Saturday, August 17, 2019 at Soller-Baker Funeral Home, West Lafayette Chapel, 1184 Sagamore Parkway West, West Lafayette with Pastor David Adams of Wabash-Valley Baptist Church officiating.