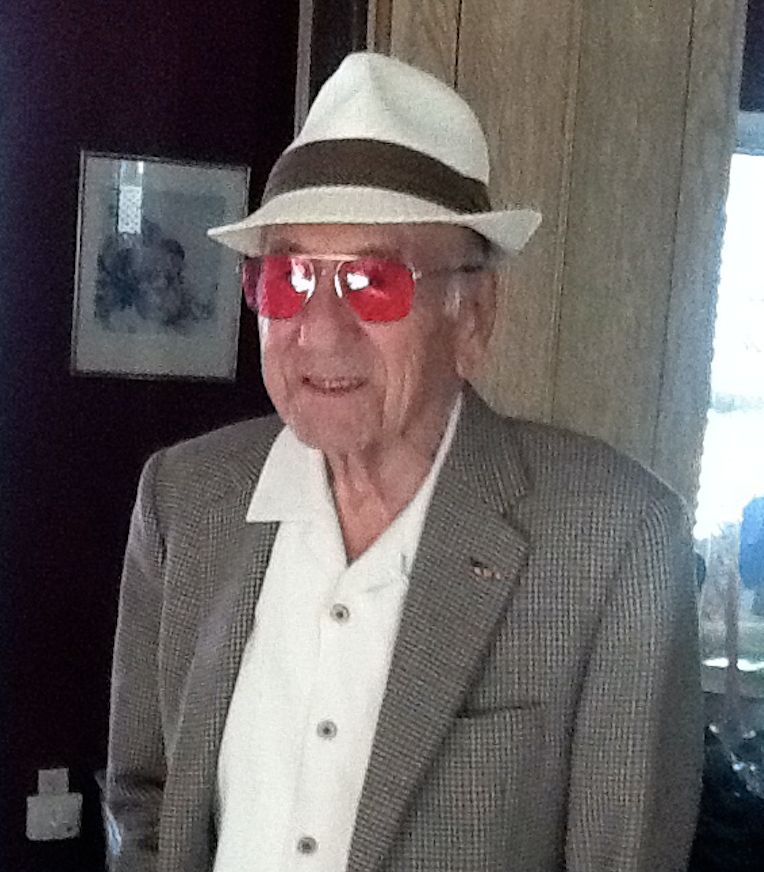 Still think that at least once a week to call Carmen to check on races. Can not help it. Force of habit. Still miss my old friend. God rest his soul.

Carmen was simply "one of a kind" and I will always love and cherish him. My memories are too many for words but we traveled the world together, I had my wedding party in the basement of his Hollywood restaurant and he meant the world to me. He was a great man and a legend. He will be greatly missed. RIP Carmen.

Warm thoughts to the Miceli clan. Thank you Angela for such great childhood memories, and those wonderful holidays at the Miceli home. Just ate with family at the Hollywood and Universal restaurants last month on a visit to Toluca Lake. Carmen was a good man. Love to you.

We are so fortunate to have known such a special extrodinary man. As Carmen used to say, "Forget about it". But we will never forget you. You will forever live in our hearts and prayers. May you rest in peace. We love you. Our condolences to his family.

God Bless...Rest in Peace. My condolences to the family and thanks for all you gave to this world sir! God Speed. With Love, Billy Salvadore

Carmen - YOU will be sorely missed! Never met a nicer guy! We will all miss you & your beautiful sense of Humor! Gosh, I am without words. We all loved you!

Honorable service to his country, his family, his employees and his customers. RIP Mr. Miceli.

Carmen Miceli, 92, born on March 17, 1923 in Chicago, Illinois, passed away October 29, 2015. He resided in Arcadia, California, at the time of his passing. Arrangements are under the direction of Forest Lawn Hollywood Hills, Los Angeles, California

As a youngster, in the depression years he worked as a singing shoe-shine boy and sold newspapers on the streets. He would find spaces to hide from the icy cold Chicago weather. He would occupy that time reading the newspaper, which made him knowledgeable of all current events and an avid reader and history buff.

He enjoyed his formal education though it only lasted up to and just before high school. For Carmen, his 2 sisters, Carmela and Angelina and 2 younger brothers, Tony and Sam, working took preference over school as the most immediate need of the family during this time was food.

Anxious to get off of the streets of Chicago, Carmen enlisted in the U. S. Army, expecting to be out in a year. But 9 months later came Pearl Harbor. The day he would've been discharged he was on the SS Boroquin heading for Iceland.

His military service took him to England and then to the Hedgerows of Normandy. Under General George S. Patton he participated in 5 major campaigns including the Battle of the Bulge.

In his 4 1/2 years with the infantry he received multiple decorations, including 4 purple hearts. He also received the Bronze Star for carrying a medic to safety across an open field of enemy machine- gun fire.

His return to the states and civilian life brought him to Hollywood, Ca. There he arranged for his siblings to come out from Chicago. Together with his family and his wife Sylvia, they pooled what meager funds they had to start the Original Miceli's Pizzeria in Hollywood in May 1949. Thus began the over 60 year reign of the now renowned Miceli's Restaurants, the oldest Italian Restaurant in Hollywood.

He loved music and was revered by the jazz community. He rubbed elbows with the greats. From Ella Fitzgerald to Al Jarreau. He hosted celebrities from Presidents to the biggest sports figures to the most famous movie stars.

As a disabled veteran, he was active in raising tens of thousands of dollars for the WWII Memorial in Washington DC and in full uniform would visit Veterans Hospital every Memorial Day and Veterans Day.

A member of the Greatest Generation he earned and lived the American dream. He raised six children, giving them all the opportunities to pursue the education that he was denied.

From the very tough streets of Chicago to the Battlefields of World War II, to the heart of the American Dream, Carmen leaves the legacy of a great business man and war hero. But Carmen's greatest pride is the legacy of his children and grand children.