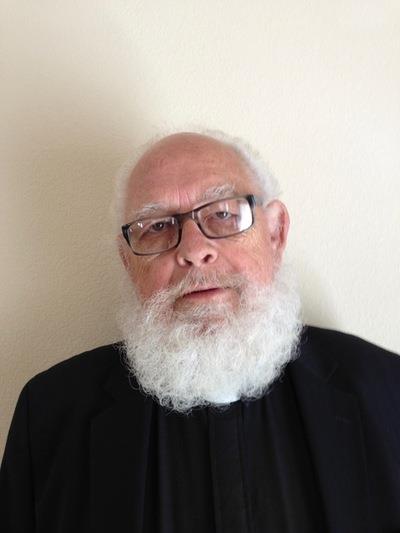 It was humbling having Earnest as a friend. What a gentle very special man.
Taking from a Winnie the Pooh quote How lucky we are to have had someone that makes saying good bye so hard.
Jan Froom

Get email updates about Charles Brooks delivered directly to your inbox.

The Reverend Doctor Charles Earnest Brooks, Earnest as he preferred to be called, left his earthly home on Tuesday, May 11, 2021, after a brief hospitalization. Earnest was born in Gaston County, North Carolina, where he graduated from Frank L. Ashley High School. After high school, Earnest graduated from Lenoir Rhyne University, Lutheran Theological Southern Seminary, and completed a Doctorate of Public Health from the University of North Carolina, Chapel Hill.

Earnest served Lutheran parishes in Salisbury, North Carolina; Carlisle, Pennsylvania; Lodi, California; and San Jose, California. In addition to pastoring in churches, most of his professional life was dedicated to supporting communities through Lutheran social services. His passion for helping populations in need fostered the development of programs and services for refugees, the unhoused, and persons with mental health challenges, and developmental disabilities. He was committed to finding a loving home for children through foster care and adoption services. Earnest’s concern for low-income seniors led to the development of a housing complex in San Jose, California.

Additionally, Earnest served as adjunct faculty at Susquehanna University and Gaston College and faculty at Lutheran Theological Southern Seminary. Even after his retirement, Earnest continued to serve Lutheran church communities by performing Holy rites and substituting for ministers when needed. Earnest’s love for people is evidenced in households and communities throughout the United States.

An artist at heart, Earnest was a sculptor and crafted fine food. Seeing others delight in his creations brought him great joy! Earnest loved to sing, dance, and explore his Cherokee Indian and European heritage. He was a curious man and a lifelong learner.

Earnest is survived by his wife of 61 years, Jo Anne Cloninger Brooks; his daughter, Nina Brooks, son-in-law, Andrew Hirsch, and granddaughter, Katherine Hirsch; his daughter, Carol Brooks Macrander, son-in-law, Jeffrey Macrander, and granddaughter, Hailey Macrander; and his daughter, Christine Brooks, and daughter-in-law, Bethany Beckett. Earnest had a host of “family by choice,” including the Jimison, Hawvermale, Kuehn, and Ross families. He will be missed by them and so many other members of his extended family, friends, and to the communities impacted by his work.

A memorial service will be held this summer. Details will be forthcoming. The family requests in lieu of flowers, donations be made in Earnest’s honor to Lutheran World Relief.