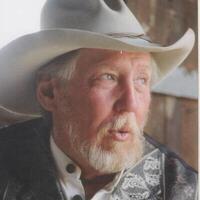 May God bless and keep you and give you peace......

Such a fine classmate and friend. He will be missed by many.

Happy trails cowboy..... See you on the other side.

To the entire Carter family and Karen his loving wife, my deepest condolences for your loss, Charles was such an amazing person. My memories were great memories of Charles, he was a friend when I needed him the most in a time in my life, he had the greatest way of making everyone in the most serious of moment laugh, and a way of being there for someone who was in need of friend. He had such an positive happy personality that brought people together and always wanted the best for everyone, a...

Charlie, I knew him as Uncle. He was a breath of fresh air. He turned my frown upside down every time I saw him. He was kind and generous to a fault. My light dimmed a little the day he passed. My hero my sweet Uncle! Go riding for me Uncle show them what it’s all about. See ya when I get there. Happy trails.

Sending condolences to the entire Carter family. Please know that we are thinking of you and keeping you in our prayers.
The Entire Miller Hospice Family

Get email updates about Charles Carter delivered directly to your inbox.

Charles “Charlie” DeWayne Carter 75, of Kellyville, Oklahoma went to be with the Lord on May 10, 2021 at his home with his wife Karen, and daughters Patti and Candace by his side. Charles was born on April 24, 1946 in Yale, Oklahoma, the son of Opal O. and Maxine (Miller) Carter.

Charles graduated from Cushing High School, Class of 1964.  Following graduation, he enlisted with the United States Air Force serving from February 23, 1966 to December 2, 1969.  Charles served as an Aircraft Jet Engine Mechanic and served an 11-month tour in Okinawa during Vietnam.

From an early age, Charlie, as he was known by his sisters had a longing to be a cowboy.  But, before finally living the #cowboy life, he worked on the Alyeska pipeline in Alaska, drove an 18-wheeler as an over the road truck driver, built homes in Oklahoma and California, and was in the oilfield business.  Finally arriving in Winters, California, Charles began to fulfill his lifelong dream of being a cowboy where he broke and trained horses, herded cattle, did trick horse riding, trick roping, and stunt work.  He eventually moved back to Oklahoma where he continued to tend to horses and cattle on the ranch and eventually moved to Kellyville, Oklahoma where he spent the remainder of his days with his wife Karen.

A Celebration of Life for Charlie will be 2:00pm, Wednesday, May 19, 2021 at Traditions Funeral Chapel in Kellyville.  Military Honors and Inurnment will be held at a later date at Fort Gibson National Cemetery in Fort Gibson, Oklahoma.

The family would like to invite family and friends to join them for a meal after the services at Buffalo Street Café, 67 E. Buffalo, Kellyville, Oklahoma.

Arrangements are under the direction of Traditions Funeral and Cremation Services, 35 S. Main, Kellyville, Oklahoma, 918-247-7373.