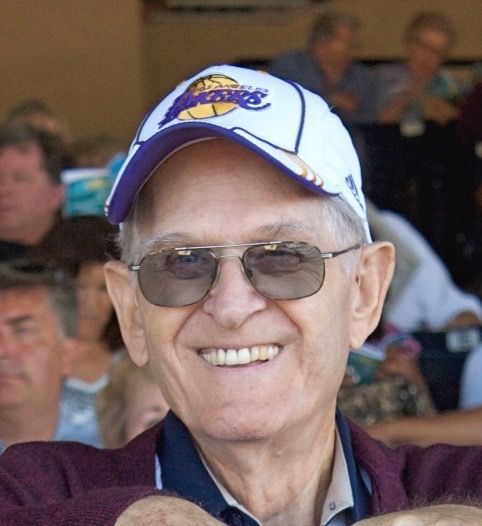 Our condolences and prayers go out to his whole wonderful family. Keep on keepin' on - you're a great legacy for him.

Another Indio pioneer in heaven. What a great life! Blessings to the family.

May God comfort,lift you up and give you grace as you go through this time of loss.

To the Entire King Family- My deepest condolences on the passing of a lovely man. My family and I have known The Kings and Charlie for almost 50 years! I am a better person for having know him. May you all be comforted in knowing that Charlie is in Gods hands now.

Bennie, Novella and all the family. I was sorry to hear about yor dads passing May God hold all of you in his arms and carry you through this very difficult time. Sorry I was not able to attend the service today but will keep you and your family in prayer.

To the King Family ... our sincerest condolences to your family. Charlie was a gem of a man and will be missed by so many.

Charlie was the kindest most loving man I had ever met & he made me feel like one of his own! He raised his kids to be the same and to have class & integrity-I was blessed to know him for the time I did & I will miss him dearly!

Charles Henry King, a longtime resident of the Coachella Valley for 64 years, died in Indio on August 31, 2015. He was born in Fort Smith, Arkansas on February 23, 1928 to Beulah (Walker) and Henry King. Being the youngest of five children, his family affectionately called him "Babe."

His family were hard working folks in rural Arkansas but were also musicians, including Charlie, who played mandolin by the age of 7 when the "King Family Orchestra" entertained on the radio and at dances.

The King Family made the difficult move to California during the Dust Bowl. By day the family picked fruits, vegetables, cotton, etc. up and down California and Oregon. By night they picked banjos, fiddles, guitars and mandolins, entertaining at the dances held at the Migrant Farm Labor Camps where they lived. Theirs was truly a very similar story to John Steinbeck's classic novel "The Grapes of Wrath." As a matter fact, the family band was "discovered" at the Arvin Farm Labor Camp and cast in the famous film "The Grapes of Wrath" where they played the music for the camp dance.

However, Charlie's real legacy began in 1944 when as a Beaumont High School student he met a Banning girl named Novella Danchak. She became his best friend and lifetime partner, marrying on June 27, 1948. Sorry, Mr. Shakespeare. No truer love story was ever told. Together they made a loving home in Indio where they raised a family of seven children - all musical no less - and became active contributing members of the community including Our Lady of Perpetual Help Catholic Church where Charlie served a term as Knights of Columbus Grand Knight and participated in the 3rd Degree.

After a massive stroke in 1975 which necessitated his leaving the Automobile Club of Southern California's active employment, Charlie was determined to rehabilitate himself and he was successful. Besides his active family life where he supported his children's every musical, theatrical, sporting and academic endeavor, he received an Associate of Arts degree at College of the Desert, was a member of the OLPH Parish Council, worked in RCIA and sang bass in the choir. He also became the first man to join the John F. Kennedy Hospital Auxiliary where he became president and worked side by side with Novella for more than 30 years.

Charlie was preceded in death by his parents and three brothers, Harlen, John, and Bill King,
nephew Randy Danchak, and by his grandson, Charles Henry King III.
He was a most loving and generous man who will be missed by many. If he could leave one more bit of wisdom with everyone (besides loving each other and taking care of Novella), it would simply be "Keep on Keepin' On".

Services will be held on Tuesday, September 8th at 10:00 a.m. at St. Francis Catholic Church
in La Quinta, CA where Charlie has been a parishioner and usher for 20 years. Interment will follow at Desert Memorial Park in Cathedral City.

In lieu of flowers, contributions may be made to the American Heart Association in Memory of
Charles H King at www.heart.org or 800-242-8721.