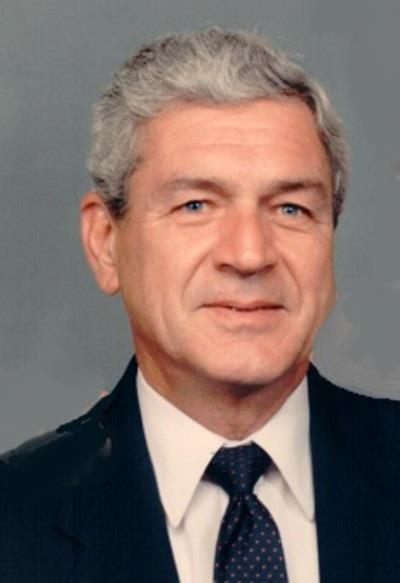 Get email updates about Charles Kitzig delivered directly to your inbox.

Charles Grafton Kitzig, Sr. died on Sunday, September 12, 2021 at Tidal Health, Peninsula Regional in Salisbury. Born in Baltimore he was the son of the late Charles A. Kitzig and Grace Price Kitzig. He is survived by his wife, Niv Kitzig, and children, Charles Kitzig, Jr, and his wife Kathy, Mary Kitzig, John Kitzig, Jean Kitzig, Angela Urban and her husband Bill, and John Wood. There are eight grandchildren, Amie, Nathan, Harrison, Sophie, Samantha, Jessica, Elisa, and Elaine and six great-grandchildren. He was preceded in death by his first wife Ruth I. Snyder in 1978, and two brothers, Samuel and Arvid Anderson, and sister Grace Snyder. Also surviving are two sisters, Evelyn Collins and Jeanette Christman, and several nieces and nephews.

Mr. Kitzig had served in the United States Navy during the Korean War, and later worked for Burroughs Corp. as a computer installer. Having a strong faith in God, he held many leadership positions in the church and most recently attended Holy Savior Catholic Church, and sang with the choir. He was a member of the Ocean Pines Bowling Club and the Ocean Pines Golf League. He was also a fan of the Baltimore Colts of long ago.

Cremation followed his death. Inurnment will be in the Eastern Shore Veterans Cemetery in Hurlock, MD on Monday, September 20th at 12:00 PM. In lieu of flowers, a donation in his memory may be made to the Ocean Pines Fire Department, Emergency Medical Services, 911 Ocean Parkway, Berlin, MD 21811. Letters of condolence may be sent via: www.burbagefuneralhome.com . Arrangements are in the care of the Burbage Funeral Home in Berlin.