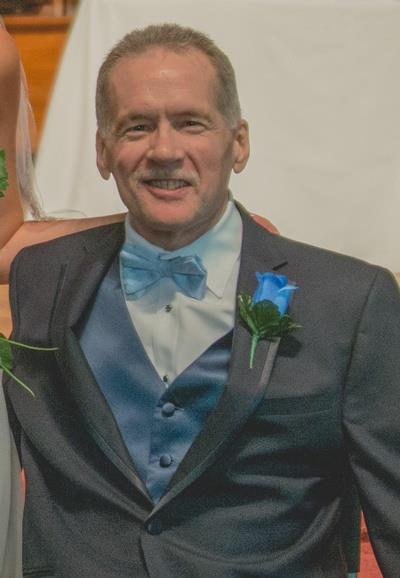 Roy, Sherry & family,
Sending our sincere sympathy to all of you at
this difficult time. May your cherished memories
allow Chris to remain with you always. Our
thoughts and prayers shall remain with you for
the weeks and months ahead as you adjust to
your loss. RIP, Chris

Thinking of you in this difficult time...prayers are with you

As the days and weeks pass, and as you return to life's routine, may you continue to feel comforted by the love and support of family and friends. Keeping you and your family in my thoughts and prayers.

Sherry, Thinking of you and and your family during this difficult time.

Roy and Sherry, I am so sorry for your loss. I will be keeping you and your family in my prayers.

Get email updates about Christopher Bryant delivered directly to your inbox.

Christopher W. Bryant, 53, of West Lafayette, passed away on Sunday, January 20, 2019 at his home.  He was born July 5, 1965, in Lafayette to Roy and Sherry (Johnston) Bryant of Otterbein.  He graduated from Benton Central High School in 1983 and had attended Ivy Tech State College.

On April 5, 1986, he married Lori Cochran in Otterbein and she survives.  Christopher worked as a Fabricator for McKinney Corp. in Lafayette for 22 years.  He was a member of Otterbein United Methodist Church and enjoyed building and flying RC Planes.  Chris enjoyed  working with his hands  and could fix or make anything he put his mind to.  His life was centered around his wife and children.  Chris also had many nieces, nephews and cousins that were an integral part of his life.

Visitation will be from 1:00 pm until the time of the service at 3:00 pm on Friday, January 25, 2019 at the Otterbein United Methodist Church.  Interment will be at Tippecanoe Memory Gardens in West Lafayette.