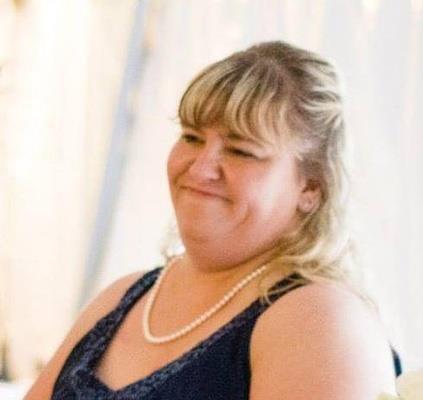 So sorry for your loss Mike. I know you loved her very much. Prayers are with you.

Prayers to you all mike ..she will be missed.love ya Christy

Always a good person and character.

Christy your quick witted comments on Saturday mornings at Packerlands shop and when we all went to bingo will be missed by everyone u met and knew along your journey. You were one tough cookie and never let anyone put you down and u put smiles on everyones faces. Rest In Peace dear friend and feel no more pain, and keep watch over your loved ones !!

My thoughts will always be with Christy and you, Mike. So sorry, my friend...

I'm so blessed to call you my best friend/sister.. Thank you for all the wonderful memories... I'm truly going to miss you.. See you again.
Love you Bunches...
Susan Crutcher &Randy

Christy was loved by many, and will be terribly missed.

Get email updates about Christy Leonard delivered directly to your inbox.

Christy Lee Leonard, 52, of West Lafayette, passed away on Friday, February 22, 2019 at IU Health Arnett Hospital from pancreatic cancer surrounded by family and friends. She was born November 15, 1966, in Tacoma, WA, to Jeanette Moores of Eatonville, WA and the late John Savlick.

She was a member of Nesties and Bay Beach Wildlife Sancutary. Christy enjoyed quilting, scrapbooking, bird watching, helped rehabilitate injured animals and spending time with her grandkids. She also was a proud breast cancer survivor and advid supporter of the American Cancer Society.