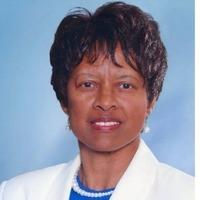 Love, prayers, and sympathy to the family. May God comfort you all now and forever.

I’m just hearing, sadly, of Cindera passing! We all went to school together and some of us hung out together! I’ll always remember her big smile! I moved away, but My thoughts and prayers go out to her family! May God continue to Bless and keep you! Love you all, Val Akridge-Dickson!

Continued prayers for the family

Cindera You were such a faithful volunteer and friend. Your smiles will be so missed at the museum. We all enjoyed so many good times with you and we will miss you very much. My condolences to your family.

Cindy or (Lucille), my pet name for her was a beautiful dear person. I worked with Cindy at First Bassett Bank and Trust in Bassett in the early eighties. We used to laugh together and had fun working together! I am so saddened to hear of her death and especially the way she died. She is no longer in pain and is with our Supreme Comforter. Praying for the family and friends at this sad time! Debra Young

My heart goes out to the Gilbert families and friends.
Your love one was loved by our Christ Jesus and He will get justice for the family. I pray for God’s strength at this
Difficult time.
There is a rainbow after every rain.
Bobby Estes Brady & Family

Get email updates about Cindera Martin delivered directly to your inbox.

Cindera Gilbert Martin, 68, of Martinsville transitioned into her new body for her new home on August 4, 2020 at Wake Forest Baptist Hospital after suffering from a horrific attack.  She was born in Henry County, Virginia on November 18, 1951 to the late John Henry Gilbert, Sr. and Sallie Jane Turner Gilbert. In addition to her parents, she was preceded in death by two brothers, John (June) Henry Gilbert, Jr. and Jesse (Boot) Gilbert.

Cindera was a loving daughter, sister, mother, grandmother, and Auntie.  She attended Moral Hill Missionary Baptist Church where she was an active member who sang with the choir.  In Cindera’s spare time she loved to play the piano.  She loved to sing songs like “Lord I know you been so good” and “I’m going up yonder”.  Cindera worked for the Martinsville Police Department in records for 20 years until she became ill.

She enjoyed spending her time volunteering for many organizations such as Mission of Mercury Dental Clinic, Toys for Tots, United Way, Special Olympics, Christmas Cheer, Boys and Girls Club, Muscular Dystrophy, Old School Gang, and the Museum of Natural History. With so many accomplishments, often said her greatest accomplishments in life were her children.