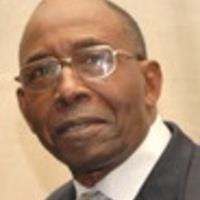 Get email updates about C.J. Cameron delivered directly to your inbox.

Carrie John (C.J.) Cameron, 87, of Aliquippa, PA was called home to be with the Lord on Saturday, Ocober 17,2020 at the Lakeview Personal Care Home in Darlington, PA

He was born in Leslie, GA on June 29, 1933 to the late John and Clora Cameron.  In addition to his parents he was preceded in death by his four brothers, Ollice (O.C.), Bobby, Amos an Amon (A.C.) Cameron.  Also preceding him in death was two daughters-in-law Sandra Cameron and Karen Jo Cameron, a grandson, Rashawn Tyrese Cameron and a great-grandaughter, Zari'Ahn Rashawn Cameron.

C.J. was educated in the Georgia Public School System but later migrated to Aliquippa, PA. in the 1950's and subsequently attended the Conley School of Trades in the City of Pittsburgh where he graduated as an Automobile Mechanic/Transmission Specialist.  Over the course of his working career he was gainfully employed by J&L Steel, AAMCO Transmissions, Beglin Ford and Nick Crivelli Chevrolet and Bowman Steel.  For a period of time, he was also self-employed as the proprietor of C.J.'s Transmission Service located in Aliquippa.

C.J. was a longtime faithful member of Tried Stone Baptist Church in Aliquippa, where he formerly served on the Trustee Board.  He was also a proud army veteran having served during the Korean Conflict and he was a Free & Accepted Mason actively serving as a brother with St. Mark Lodge #2.

C.J. is also survived by his seven grandchidren and eight great-grandchildren whom he dearly loved and adored along with a host of other nieces, nephews, cousins and friends.