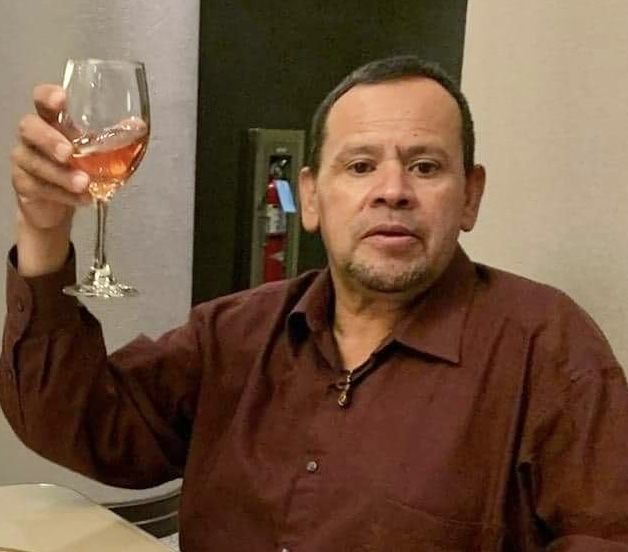 My thoughts still reel at the fact that he is gone. He will be greatly missed. Condolences and prayers to all of you. RIP my Friend...xooo

Going to miss you my friend you were a great guy RIP my condolences to the family.

He was such a kind soul, fly high and rest in paradise my friend

We are so glad we got to know you and we will miss your big smile. Gram will miss your coffee and conversations. We always looked forward to your visits to Vermont.

Miss my very close friend Conrado, his family from Vermont will so miss him.

Conrad Lopez, 54 born on December 20, 1966, in Indio, California, passed away February 12, 2021. Conrad is survived by his son Daniel Ryan, grandson Daycione, mother Griselda, and siblings Florema and Eddie. Conrad was an uncle to 9 nieces and nephews.

Conrad was born and raised in Mecca, CA and graduated from Coachella Valley High School in 1985 where he played football. After graduating high school Conrad coached Little League baseball for two years in Mecca, CA. Conrad graduated from Diesel/ Heavy Equipment Mechanic School in Arizona and returned home to apply his new skills working alongside his father at the Chevron Gas Station in Mecca. Conrad later moved to Los Angeles, CA working for various towing companies in the repossession business. In 1994, Conrad became a father to his son Daniel Ryan. Conrad later worked for a company where he would work on cooling towers. He moved up from heavy equipment operator to construction superintendent. With this job Conrad was able to travel all over the United States working at different job sites. Conrad loved traveling, working with new crews, and making new friends.

In 2016, Conrad became a grandfather to his grandson Daycione. Conrad loved his family very much and would talk about them constantly. In 2019 Conrad returned home to Mecca to be closer with his family, and help watch after his mother. Conrad also would work on the family ranch tending to his date palm trees. Conrad would sell and ship his dates all over the United States to friends he made while traveling for work. Conrad would continue to spend time with his family friends while home and would keep in contact by sending many photos. Conrad had many interests including tractors, farm life, and aliens. Conrad would be seen watching videos on aliens and visited Roswell, New Mexico many times.

On February 12, 2021 Conrad passed away unexpectedly and has joined his late father Emilio. Conrad will be missed greatly by his family and friends. He is remembered as a person who always had a smile on his face and bubbly personality.

Arrangements are under the direction of Forest Lawn, Coachella, California.