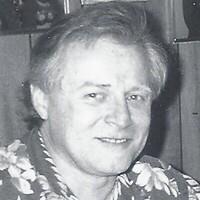 Morekin Family
I am very sorry for your loss.
Danny was a great guy.
Kevin Leshko

Ukrainian prayer for the dead

Sir,
Thank You for Your service to our country.

Sincerely,
A Grateful US Citizen

I hope that all of your dreams came true when the Lord opened his arms and called you home. I hope Nipper and Fred were there to greet you at the gate. I will miss you so much! The memories I have of our adventures will hopefully last until I see you again. May you rest in peace

Get email updates about Daniel Morekin delivered directly to your inbox.

Daniel Stephen Morekin, 71, of Whitehall, passed away on Sunday, June 13, 2021, in St. Luke’s Hospital, Fountain Hill after a hard-fought battle with complications from a full life. Born on January 21, 1950, in Northampton, he was a son of the late Stephen and Elizabeth (Bolha) Morekin.

He honorably served our country as a U.S. Marine Lance Corporal, Infantry Squad Leader Viet Nam Combat Veteran. He was part of Operation Oklahoma Hills, the objective was to clear out People's Army of Vietnam (PAVN) units from their base camps and infiltration routes in the hills and valleys of Quảng Nam Province, southwest of Da Nang, particularly Happy Valley and Charlie Ridge. Earning the Bronze Star for courageously saving 2 men while taking on enemy fire. After his military service, he went on to college to earn his degrees and worked for the Tennessee Valley Authority at the Watts Bar Nuclear Plant as a mechanical engineer. Then, plant engineer at American Nickeloid, head engineer at Diamond Rio and Keen Transport. In his long career, he designed a forty-ton truck for mining operations, assisted in the design of a 124-ton forging hammer, and designed innovations in ready-mix cement vehicles. He was a free spirit, studied martial arts achieving the rank of black belt in Kung Fu. Living in the woods with no food or water to test his survival skills before that became a TV show. Was content with writing fiction and telling stories. His love of animals was present with multiple pets and his protesting of animal cruelty, which led to confrontations with the authorities. He saw the beauty of possibilities in things that others would have given up on.

Services: Services will be private. Arrangements are under the direction of the Reichel Funeral Home, Northampton. Online condolences may be offered below.