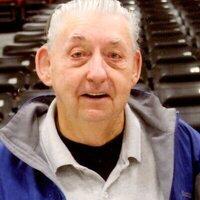 We were saddened to hear about Uncle Davids passing. Sure hate that we can’t be there, but know that we are praying for all of you. Love & hugs to all.
William & Renee Billingsley

RIP. You will be missed.

My heartfelt condolences go out to you and your family, wishing you strength and comfort through this difficult time.

David became a good friend to me and my family when we first met him in the neighborhood we lived in. Rest in Peace my friend. You will be missed.

We are very sorry for your loss. Our grandfather, Oliver Billingsley, was very proud of his Billingsley family and loved Early very much. He loved all of Early's children- Jennie, Dawn, Jim, Bud and David. David was a very nice man and we are sorry we are unable to attend the services. Julie Blan, Keelie Floyd, and Melanie Stout (Norma Ogle's children)

Get email updates about David Billingsley delivered directly to your inbox.

In accordance with his wishes, Mr. Billingsley will be cremated and the family will receive friends on Thursday, March 4, 2021, from 5 until 7pm at Henderson & Sons Funeral Home, South Chapel, with the American Legion Post # 5 Honor Guard presenting military rites at 5pm.  Social distancing guidelines will be followed.