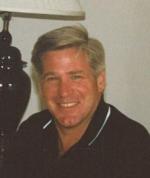 we are sometimes so engrossed in our own life.. that we fail to see and feel the sunshine and warmth from someones else whose life touches us in ways that we never really know...
Dave was never one to just brush by you.... he always humbly responded to life, and gave all he could..
Even the first time I met him in Oct 1988... til the last time I saw him in 2009.. always the same.... always Dave..
He will and is missed by all...
and yes I just found out... I looked for him...

Dave Harvey was larger than life to many of us two years behind him at NTE. Life is fragile, my thoughts and prayers are with the entire family.

Our loving thoughts to a great man who always earned a smile. He will be missed

Dave- You are in my dreams every night and my thoughts every day. You will never be forgotten. Brother Tommy

I was lucky to have art class with Dave at NTE. I knew he was a really good football player, and he was also this really warm and welcoming person, even though there was a big age difference at the time! It was just such a pleasure to be around Dave. My heart goes out to the Harvey Family,

Hard news to hear of a classmate and friend when we were very young...Ode to all the Harvey's and all those touched by Dave, including me long, long ago :) I imagine your transition is beautiful...and you are very missed.

Our prayers go out to the Harvey family. I worked with Dave at Reed/Cahners. He was a passionate competitor and good guy.

Dave was a gentleman and a straight shooter. I am honored to have known Dave for many years and to have had the opportunity to deal with him both professionally, and -- yes -- on the golf course, where he demonstrated real patience for those far less skilled than he...

I'm very sorry to hear this sad news. I was an associate of Dave's in the publishing business. I had a lot of respect for him. He was one of the good guys.

Get email updates about David Harvey delivered directly to your inbox.