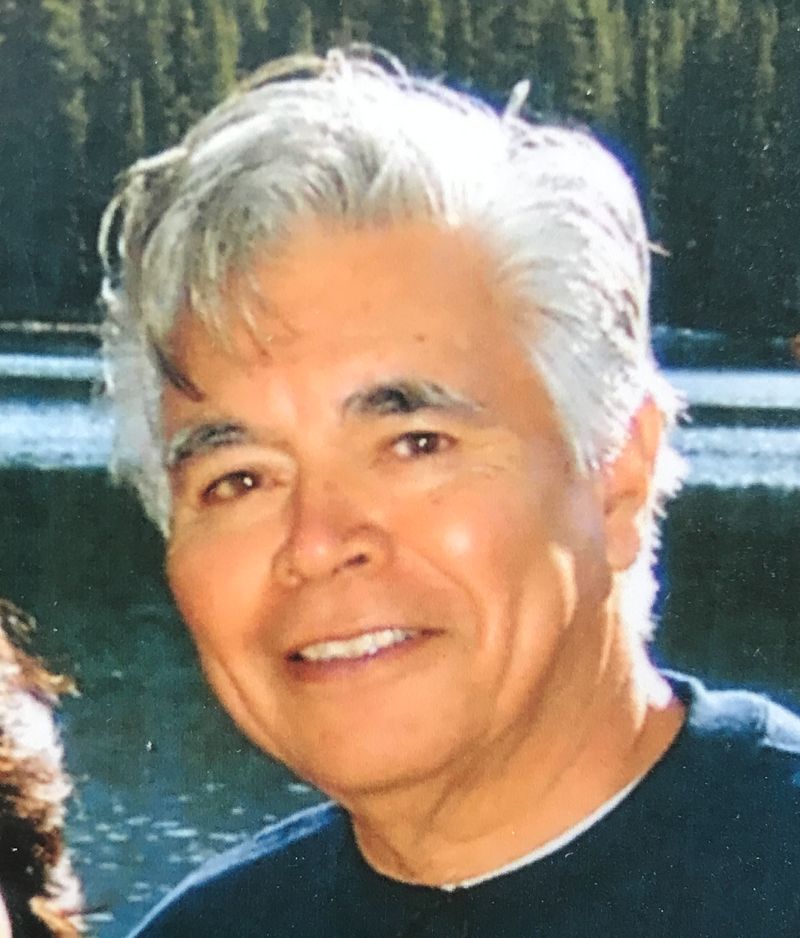 Our hearts ache for the family. What an imprint he made on those whose lives he touched. Rest in Peace Uncle David.

David J. Negron was born in Del Rio, Texas on December 24, 1935. He is the fifth child of Delis and Adela Negron. When he was three, his father moved the family to Laredo to established a newspaper where most of his young family worked. In 1942 his father moved the family to San Antonio, Texas, where he spent his teenage years learning the basics of art from a devoted art teacher, Miss Eldah Burk at Sidney Lanier High School and special classes at the Mexican Christian Institute. After graduating from high school, he decided to continue his education at Baylor University. Additionally, he joined the Air Force Reserves in 1957.

At Baylor, he decided to major in math and aeronautical engineering, as he was unsure if art could make for a viable living. Since Baylor did not award an aviation engineering degree he had to finish two extra years at Texas A&M. The work there was grueling and finally after seeing the real devoted young engineering students and how they loved engineering as much as he loved painting portraits for friends, it finally dawned on him that his true destiny and ambition was in the arts. In 1958 he returned to San Antonio to work as a graphic artist and window display designer. In November he married his childhood sweetheart, Diana M. Rivas. She was very supportive of his career and became one of his best critics, model, business manager and coordinator of photo shoots for commercial art and painting. He went back to Baylor to work as a Student Union Art Director in charge of all functions and theater shows that required art decoration and presentations under the supervision of his teacher, Mrs. White. While doing this work he continue to finish his academics to receive his math degree.

In 1965, they left Texas and moved to California where David attended the Art Center College of Design in Los Angeles, California. He was awarded a Degree of Professional Arts with Distinction and landed a job at Twentieth Century Fox Film Studios as a Continuity/Storyboard Artist and Production Illustrator. His reputation as a movie artist grew and was soon given assignments in movies as memorable as Hello Dolly, The Great White Hope, Raider's Of The Lost Ark, Dog Day Afternoon, Back to The Future III, Rambo III, Jurassic Park and many others. He was inducted into the Academy of Motion Pictures Arts and Sciences in 1997.

His talent, embellished by his participation in the Motion Picture Industry as an illustrator and an Art Director, nourished his gift for expressing a zest for life on canvas in a touching, enduring and colorful fashion. In the 1970s, David established an Art Gallery/Studio in Southern California where he continued to paint multiple subject matters, including contemporary life, historical subjects, and religious scenes, until his death. Please visit his virtual art gallery here: www.davidjnegron.com/id28.html

David was a man of faith, always looking forward to his heavenly home joining his wife Diana in glory, with his loving and faithful Lord Jesus Christ.

He is preceded in death by his wife (Diana) and granddaughter (Nichole). He is survived by his daughters, Cynthia and Laura, and sons, David, Jr., Joel & Lawrence, 18 grandchildren and 21 great-grandchildren.

Forest Lawn will handle private internment and he will be laid to rest next his wife in Cypress, California. May they rest together in peace.