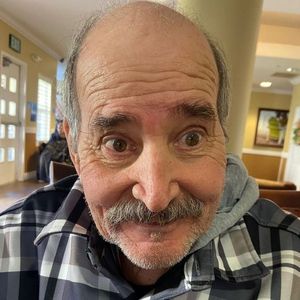 CROSSING THE BAR
Sunset and evening star
And once clear call for me
And may there be no moaning of the bar When I put out to sea .
That such a tide as moving seems asleep
Too full for sound and foam
When that which drew from out the boundless deep Turns again home .
Twilight and evening bell
And after that the dark
And may there be no sadness of farewell When I embark .
For tho’ from out our bourne of Time and Place
The Flood may bear me...

Dave, as he was known by family and friends, is survived by his children David Jr. and Kathleen, as well as his stepchildren Michelle and Ed. Papa Dave/Grandpa will be remembered fondly by his grandchildren Adam, Kyle, Alyssa, Megan, Emma, Lyndsey, Diane, Courtney, Kirstin, Julia and Jack. He was preceded in death most recently by his wife Dolores in 2020, and first wife Wanda in 2017. David was the youngest of six siblings who have all passed as well.

David was born to parents Mabel and Reuben Schmidt on October 4, 1944, in Steamboat Springs, CO. He graduated from Banning High School in Wilmington in 1963. He became a Longshoreman in the port of Long Beach that same year where he made Foreman in 1987, and then retired in 2009 after 46 years on the waterfront.

Dave was a loving husband, father, grandfather and friend who will be missed by many.
In lieu of flowers, the family would be honored if donations made to the Alzheimer's Association in Dave's name.
Arrangements are under the direction of Forest Lawn, Cypress, California.