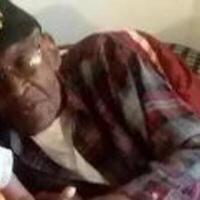 I love you Unk! I'm so sorry for your Loss!! May you have the comfort you Truly Deserve in your afterlife! Rest easy Unk! GOD KNOWS WHAT YOU NEED AND WHAT YOU DESERVE!! LOVEYOU!

In Loving Memory...if we lived as your loved one lived, the world would be a brighter place. So sorry for your loss.
Mr. & Mrs. John Rawls and family...j

Get email updates about Deacon Clarence Bohanan delivered directly to your inbox.

He lived in Arkansas and at the age of 19 he enlisted in the United States Army and served in the Korean War.  He moved to Flint, Michigan and worked at Buick City for a short time.  He established his residence in Muncie, Indiana where he joined Mid-Town Church of God in Christ and served as a deacon in the church in Muncie, Indiana. Mr. Bohanon had no children and he lived to the blessed age of 90 years old.

The family would like to express special thanks to the Legacy Funeral Chapel/Martin J. Banks and staff.