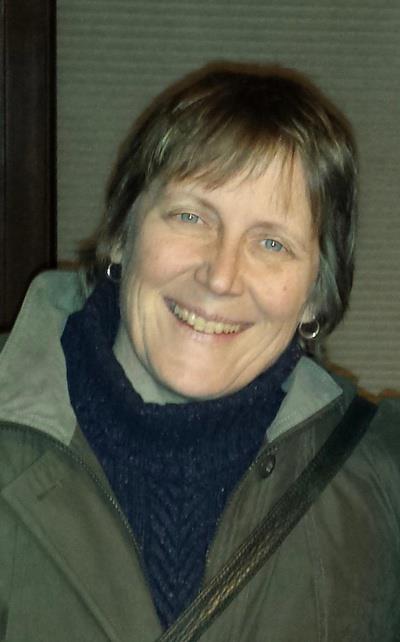 You will not be soon fogotten!

We are so sorry for your loss. May each and everyone of you feel Gods loving arms encircling each of you. She was a wonderful lady and I am glad that I got to meet her.

We are so sorry for your loss. May God send peace and comfort to you and your family.

You will be missed by your cousins who hold fond memories of their buddy of childhood days. Puhka rahus armas Diane.

Get email updates about Diane Viise delivered directly to your inbox.

Diane was born on April 9, 1961, to parents Michael and Neva (Bjonerud) Viise on Griffiss Air Force Base in Rome, New York. Diane was baptized in Rome, New York, and confirmed on April 21, 1974, at Lackland Air Force Base, Texas, by her father, a Lutheran chaplain in the Air Force. As a child, she moved from place to place with her parents, two sisters, and younger brother, attending elementary school and high school in Hawaii, New Mexico, Iowa, Texas, and North Dakota. She graduated from Magic City Campus High School in Minot, North Dakota, in 1979, and earned a bachelor of science degree in civil engineering at Iowa State University in Ames in 1983.

Upon graduation, Diane went to work at Commonwealth Edison as a civil and structural engineer. After five years she left the workforce to devote herself fulltime to raising her beloved children, Pete, Andy, James, and Emily. Seventeen years later, she resumed her career, obtaining a master of science in structural engineering from Illinois Institute of Technology in 2007. Diane advanced from the level of structural and civil engineer to that of senior structural engineer at Andersen and Fiene, Valdes Engineering Company, CB&I, Ambitech Engineering, and, once again, Commonwealth Edison. Diane was driven by a passion for engineering and problem-solving in all walks of life. She was a natural group leader and mentor to others, influencing her younger brother, John, to take up the engineering profession himself. Even as she was raising her own family, she continued to tutor other children in math and science, and to manage renovations in her own home and to help friends and relatives with theirs. Numerous decks, porches, roofs, sheds, skylights, floors, and foundations were built or refurbished by her initiative and effort. Diane provided advice to Calmar Lutheran Church in their plans to build a church education annex, and she managed all aspects of the maintenance and modernization of her extended family’s 165-year-old farmhouse north of Calmar. She was knowledgeable and enthusiastic about taking on new projects, even to the final months of her life, when Diane contracted with an architect to draw a blueprint of the old farmhouse so that it could be expanded and renovated after she was gone.

Diane was a woman of many talents who generously shared them with family and friends, church and community. She was as creative as she was analytical, as adept at reading a musical score as a blueprint. As a member for over 30 years of St. Paul Lutheran Church in Villa Park, Illinois, Diane sang alto in the choir and wrote Christmas plays, songs, and even raps for the high school youth group, which she led for much of her time in the congregation. She knew how to make things fun but she also knew how to broach serious topics with empathy and understanding. Dedicated to her church and her fellow parishioners, Diane was always willing to stop and chat. She served on church council, negotiating congregational issues with humor and a quick wit that brought light and laughter to all who met her. Her humanity did not stop at the church door; for many months in the mid-1990s, Diane hosted Muslim refugees from Bosnia in her home, developing cherished friendships with them and the children of their extended families, and helping them to adapt to life in their new country. She was also an attentive granddaughter, daughter, and niece, making many trips to Calmar to check on her aunt Ruth’s health, comfort, and dignity.

Diane walked in the spirit of love. She loved her family fiercely, her friends deeply, and God and the world unfailingly. She is survived by her soulmate and wife of three years, Cynthia Johnsrud Viise; her four children, Peter Mueller of Chicago, Illinois, Andrew Mueller of Evanston, Illinois, James Mueller of Elmhurst, Illinois, and Emily Mueller of Elmhurst, Illinois; three stepchildren, Nate Anderson (Thavy) of Santa Clarita, California, Jesse Anderson of Lombard, Illinois, and Joel Anderson of Oak Park, Michigan; her father Michael Viise of Decorah, Iowa; her sisters Lina Miller (Edwin) of Independence, Kansas, and Michelle Viise, of Somerville, Massachusetts; and her brother John Viise (Laura) of Oak Park, Illinois. She is mourned by her six nieces and nephews: Kirsten and Anna Miller; and Gustav, Lars, Darrell, and Johann Viise. She is preceded in death by her mother, Neva Viise. Her family and friends are deeply thankful to have had Diane in their lives; her warmth, intelligence, ingenuity, and humor will be greatly missed.

The family will be receiving guests at a visitation, on Sunday, August 12, at Steuerle Funeral Home (350 Ardmore Ave., Villa Park, Illinois) from 4pm to 8pm.

A worship service will be held at St. Paul Lutheran Church (545 Ardmore Ave, Villa Park, Illinois) on Monday, August 13, at 11am. A brief visitation will take place prior to the service at 10:30am. An onsite luncheon will take place immediately after the conclusion of services.

The family requests that in lieu of flowers, memorial gifts be given to St. Paul Lutheran Church, 545 Ardmore Ave, Villa Park, Illinois 60181. For info 630-832-4161 Arrangements by Steuerle Funeral Home