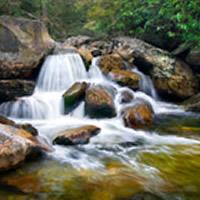 I love Don to pieces, and Ouida. Thinking of you, Ouida, love you.

Get email updates about Donald Berger, Jr. delivered directly to your inbox.

WEST POINT — Donald Emanuel Berger Jr., 83, died June 13, 2021, at Baptist Memorial Hospital in Columbus, MS. A private family service will be held at 3:00 p.m. on June 25, 2021 at St. Paul's Episcopal Church with the Rev. Jason Shelby officiating. Don was born February 18, 1938 in Montgomery, Alabama and is proceeded in death by his mother, Daisie Scheuer and his father, Donald Emanuel Berger Sr. He served in the United States Air Force from 1957 - 1961. After serving in the Air Force, he attended the University of Alabama and graduated with a degree in Mathematics. His first career was in the computer industry where he worked in upper management at Control Data for over 20 years. After an early retirement, he began his second career as an actor in Dallas, TX. He performed in many productions, with roles as Daddy Warbucks in Annie, Carl in Morning’s at Seven, and Gus: The Theatre Cat, in Cats being some of his favorites. Don, Dad, Granddaddy Don was known for his sense of humor, his sharp mind, his concern for others, and his love of Alabama football; with a "Roll Tide Luv" text after every win.

He is survived by his wife of 30 years, Ouida White Berger of West Point, MS; son, Randal Berger (Alaina) of Stillwater, MN; daughters, Karen Frye (Kenny) of Columbus, MS and Shelley Johnson (Jason) of Red Wing, MN; sisters, Nancy Schwarts of Greenwood, SC, and Robin Berger Workman of Gainesville, GA; 6 grandchildren and 1 great-grandchild; and his beloved cat, Smokey. In lieu of flowers, Memorials may be made to the American Diabetes Association at PO Box 7023 Merrifield, VA 22116-7023 (1-800-DIABETES) or to a theatre of your choice.