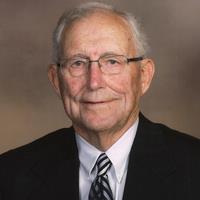 I first saw Don playing for the Martins at Martin Park and fell in love with baseball. Then in my high school years I got to know Don and was coached by him on the Fairmont baseball teams. He was an inspiration to me. I last saw hime 2 years ago when I was playing at the Red Rocks Art Center. Have a picture of him and me that John Larsen took. I will always remember him.

Although I never had Mr. Dahlke as a teacher, it was always nice seeing his friendly smile when we’d meet in the hallway. Condolences to his family.

Mr. Dahlke was one of the nicest professionals. I always looked forward to seeing him in the halls or church. Prayers

A first class man and a great friend ! I will miss him .

We have known Don for many years, and he always greeted us with a smile, and questions about how our family was doing. I was an avid Martins fan before I was married, attending as many of their games as possible. He was a wonderful friend down through the years. Sending sympathy from our family to his. He will be missed.

Mr. Dahlke was always such a kind and professional man. I always looked forward to seeing him in school. He always had a smile on his face. May he rest in peace. You have my sympathies.

Don was a good man which made him a great teacher! He will be missed.
RIP Don.

Get email updates about Donald Dahlke delivered directly to your inbox.

Funeral services for Donald E. Dahlke, 93, of Fairmont, MN, will be 1:30 p.m. Friday, October 1, 2021, at St. Paul Lutheran Church in Fairmont.  Flag presentation and Taps will follow the service at the church by the Lee C. Prentice American Legion Post #36 and the Martin County Veterans of Foreign Wars Post #1222.  Burial will be held in Lakeside Cemetery in Fairmont.  Visitation will 5:00 p.m. to 7:00 p.m. Thursday, September 30, 2021, at Lakeview Funeral Home in Fairmont.  The family asks that people follow the CDC recommendations of wearing masks in buildings for both the visitation and the service and be mindful of social distancing.  Don passed away Sunday, September 26, 2021, at Mayo Clinic Health Systems in Fairmont.  The Lakeview Funeral Home and Cremation Service of Fairmont is assisting the family with arrangements.

Donald Eugene Dahlke was born on August 16, 1928, in Pomeroy, IA, the son of Arthur and Hulda (Tjebben) Dahlke.  He attended the public schools in Pomeroy, graduating in 1946.  Don attended the Iowa State Teacher’s College in Cedar Falls, Iowa, where he excelled in baseball and earned a bachelor’s degree in education.  It was in Cedar Falls that he met Ann Marie Natvig, the love of his life.

After graduation, he was signed to a professional baseball contract by the Pittsburgh Pirate organization.  He played in Charleston, South Carolina, for one season before he was drafted into the United States Army.  Before going to basic training, Don and Ann were married in a small ceremony in her mother’s house in Cresco, Iowa on August 29, 1950.  It was a busy year.

Don was stationed at Fort Leonard Wood in Missouri for the duration of his service. After his discharge, he and Ann spent winters in Iowa, where he worked on a master’s degree in education; and summers living a life filled with baseball.  He spent the 1953 season playing for the Hollywood Stars in southern California, and the 1954 season playing for the Denver Bears.  They settled in Fairmont in 1955, where he earned a teaching position in the schools and spot on the diamond with the Fairmont Martins.

Don and Ann enjoyed raising their family in Fairmont.  Don was an avid golfer at Rose Lake Golf Club, enjoyed duck and pheasant hunting, as well as fishing for most anything.  He was a member of St Paul Lutheran Church, where he served in several capacities.  He and Ann enjoyed many years of card club and getting together with friends after high school sporting events on Friday nights.

Don passed away Sunday afternoon, September 26, 2021 at the Mayo Clinic Health System in Fairmont, having reached the age of 93 years, one month, and ten days.

He is survived by his son, Gregg Dahlke, and his wife Julie, granddaughters Joelle and Leandra Dahlke, all of St Paul, daughter-in-law Barb Busch of Roseville, MN, sister Pauline Tucker of Dixon, IL, nieces, nephews, cousins, and friends.

In addition to his parents, Arthur and Hulda Dahlke, Don was preceded in death by his wife Ann, an infant son Todd Dahlke, son Paul Dahlke, and sister Bernice Kaplan.