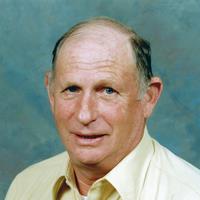 So sorry for your loss, you all will be in my prayers. He was a great man.

Sorry to hear this, praying for all

Uncle I will truly miss you, you were an awesome man.

Our Friends, we are sorry for your loss of Lum. He was a fine man. Our Sincere Condolences. with prayers.

Get email updates about Donald “Lum” Day delivered directly to your inbox.

Lum was born to Cecil and Myrtle Juanita (Loomis) Day on July 24, 1932. He grew up in Hartshorne, and graduated from Hartshorne High School.

He joined the U.S. Army, and served in the occupation of Japan and in the Korean War.

He married Norma Louise Zearley in 1957.

Lum worked as a brakeman for Rock Island Railroad for over 26 years.

Lum was preceded in death by his parents: Cecil and Juanita Day; his wife: Norma Louise Day in 1991; brothers: Cecil David Day, Dean Day, and Robert Day; and a sister: Barbara Ann Ward.