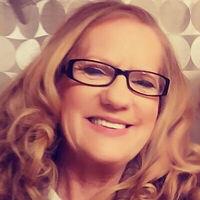 In the loving memory of a wonderful person. What a fun person Donna was, I've never laughed with anyone more than her. If you ever felt beaten down by others, Donna would always make you laugh and forget your troubles, if only for a little while. This breaks my heart to hear of her death.

Donna was a caring person I admire her for her strength and love for her family, so very sorry for your loss. God bless you all. Rest in peace my friend

Mama D was one of the most amazing woman I've met. She had a heart of gold and would help anyone... especially the ones she loved. About 2 weeks ago she called me out of the blue (like she did a lot) just to tell me how much she loved me and how proud she was of me for getting my life together. She was always there when I needed someone to talk to and I could tell her ANYTHING and EVERYTHING and she NEVER judged me. I love you mama D! I'm sorry I can't be there but I will see again one...

To the whole family, I am so sorry for your loss. May God be with all of you during this time.

Donna you will be so missed. You were the sweetest most kindest friend I've ever known!
If everyone could have even half of your kind heart, the world would be a much better place❣
See you in heavwm my friend
Praying for all your family and your furbabies

Donna was a big part of our lives. She always made those around her feel loved and better about themselves. She'll be missed but never forgotten. Jack and Helen

I have many fond memories of Donna. I always enjoyed her laugh. May she Rest In Peace.

My condolences to Donna’s family. She worked for my Dad, John for many years at Purdue in the Alumni and Development Dept. She was a wonderful friend to our family.

So sorry to hear about Donna, she was a lot of fun to be around,

Get email updates about Donna Dillman delivered directly to your inbox.

Crawfordsville - Donna Jo (Dillman) Powell Best, 66, Crawfordsville, passed away at her residence on Thursday, April 15, 2021 at 3:30 a.m.Donna was born in Williamsport, Indiana on September 24, 1954. She was the daughter of the late Ralph Leon and Thelma May (Crowder) Dillman. Donna was raised in Rainsville and moved to Lafayette at the age of 14. She graduated from Lafayette Jefferson High School in 1972. She later moved to Crawfordsville in 2015. Donna formerly worked at Purdue University from 1972 until 1995.She enjoyed the outdoors, hunting mushrooms, fishing and camping. She especially enjoyed spoiling her grandchildren and she knew no strangers as she was referred to as a “social butterfly”.She was formerly married to Joe Powell and Billy Best.She leaves behind her three children, Christina (Jason Davis) Best, Crawfordsville; Felicia Powell, Lafayette and Jason Powell, Tucson, AZ; her stepmother, Carolyn Dillman, Lafayette; five siblings, Debbie (Don) Crowell, Marcia Dillman, David Dillman, Brian (Mary) Dillman and Jennifer (Dan) Wood, all of Lafayette; five grandchildren, Maleek Hall, Remington Shahan, Jalicia Wright, Staica Wright and John McGwin.Friends may call at the Maus Funeral Home, Attica, on Monday, April 19th, from 5:00 p.m. until service time at 7:00 p.m. with Pastor Jerry Badgley officiating. Inurnment will be at a later date in Riverside Cemetery, Attica.Masks will be optional to family and friends attending the services. Memorial contributions may be made to the American Kidney Foundation or the charity of ones choice.