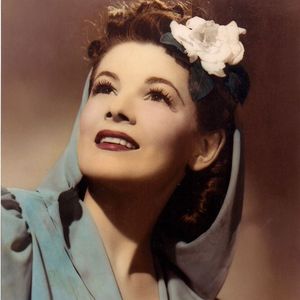 Once one met Dorothy, you never could forget her. Went to ANTA in mid 60s to early 70s and while my sister did go into acting for a time, l ended up pursuing other things. My mother is the one who made the gingham (red and white checkered) outfits that were worn by the students. I still have a piece of the curtain from Gone With the Wind that was made into part of her wardrobe for one of the Christmas plays at the Figueroa. Tap was so much fun for me as well as speech with Harry Stanton, mime...

I was an ANTA Academy student from 1969-1972. An absolute highlight of my teen years all day on Saturdays. Dorothy had a lot of patients with many kids who some were very outspoken and some very timid. Some had raw talent and some.... well, not so much though Dorothy had the knowhow to bridge the kids together and make every student feel special in many facets of the academy classes. I especially enjoyed my tap lessons with Dorothy, I still have my tap shoes that still fit from then and...

She made a difference in my daughters lives...blessed by her talent and kindness ANTA was a big thing in our lives....with the Angels now
Patty Lloyd

When I first started the academy when I was about 9 years old, I didn't know anything about dancing. I learned so much from her along the other instructors. Dorothy was a very special person, she really loved what she did and teaching all the kids what she knew!!! Now that I am a mother myself I even started taking my daughter to the academy. Such an amazing experience for her as well! God has definitely gained an angel!!

Love that she's among the stars, again.

Many fond memories dancing acting and helping with audio and enjoyed dining out with you Dorothy. Weve lost a special part of the Smith Family. We thank you for your endless love of teaching and experiences. We will miss you but know in time we will celebrate again. Love ❤Glenn and Glenda Smith

Dorothy was such a wonderful influence in my daughter's life. I feel so grateful to have known her and had her as my daughter's dance teacher. She was a true expression of love and creativity. I could see when she would teach the class it seemed as if she was looking out at a huge audience in front of her. Her eyes lit up and she just loved dancing and teaching. She was still dancing and teaching at the age of 97. It kept her young at heart and she lived a full beautiful life. She's an...

Dorothy was a true inspiration and dear person. I will miss her.

Dorothy Barrett, Hollywood Treasure and Local Icon 2/28/17 to 3/8/18
Director of the American National Academy of Performing Arts
Founder/Director of the American National Academy's Children's Workshop
The world lost one of its bright stars on March 8, 2018. Dorothy Barrett, passed away peacefully at the age of 101 in Studio City, CA. She was an icon of the San Fernando Valley and a shining reminder of the old Hollywood Era.
Dorothy was a performer all of her life. At the age of seven, her first teacher was Eddie Mack, originator of the stair-case dance. Consequently, Miss Barrett danced all the stair cases of the Orpheum circuit for four years in her own tap dancing act.
When Earl Carroll built his theater in Hollywood, he selected Dorothy Barrett as one of the "sixteen most beautiful girls in the world" for his "Earl Carroll Vanities".
She appeared in a series of musical hits: Buddy De Sylva's "Louisiana Purchase", George Abbott's "Beat the Band" and Billy Rose's "Diamond Horseshoe". These Broadway successes placed Dorothy Barrett under the direction of such world renowned choreographers as George Ballanchine, David Luchine, Robert Alton, Hermes Pan, Nico Charisse, Leroy Prinz and John Murray Anderson.
Later, as a Powers Model, she was screen tested and brought back to Hollywood. In 1945, Dorothy played her first lead in the Academy Award nominated RKO documentary short "Hot Money". While under contract to Paramount, she was in all of their major musical motion pictures, including: "Variety Girl", "I Take this Woman", "Blue Skies", "Stork Club", "St. Louis Blues", "Hitting a New High", "Monsieur Beaucaire". On loan to other studios, she appeared in "Mildred Pierce", "The Great Waltz", and "Weekend At The Waldorf. Dorothy was also one of the last living members of "The Wizard of Oz" cast and had the rare honor of also being in "Gone with the Wind". She danced with Fred Astaire, Gene Kelly, worked with Bob Hope and was "best friends" with Joan Crawford.
She then started working with children. The Red Cross of America honored Dorothy for her work with children when she staged the gigantic Girl Scouts Dance Festival with a cast of seventy-eight at the Shrine Auditorium in Los Angeles.
Francis Lederer, Founder/Director of the American National Academy of Performing Arts in Studio City, appointed Dorothy Barrett Administrator/Director of the Academy's Children's Workshop in 1965. The Academy is non-profit organization where everyone donates their time giving back to the performing arts community. In 2000, when Lederer passed away at the age of 100, Dorothy Barrett carried on his legacy as Director of the Academy. Dorothy loved teaching at the Academy. She put on over 60 Christmas Shows plus a multitude of other various live performances. In fact, Dorothy continued teaching up until January 2016.
Dorothy received numerous honors and awards including Humanitarian of the Year by the City of Los Angeles, for her outstanding dedication to the development of the youth in our community and Lifetime Achievements from various organizations like Studio City Residents Association, the Horace Heidt Foundation and, of course, The American National Academy of Performing Arts.
Dorothy will be missed greatly by family, friends, and students. But what a wonderful life she lived. She impacted the lives of so many. Dorothy Barrett has taught so many students who have gone on to succeed in the entertainment industry - too many to name. But she also impacted the lives of all she met. She always said that she loved to smile at people and see them smile back-- she would say, "You may have just brought the only bit of happiness to someone's day" . She was always delighted when someone recognized her and many will remember her bright smile as she strutted through our community. Services will be held Thursday March 15 @1:30pm at Forest Lawn Glendale "Wee Kirk o'the Heather Chapel." Arrangements are under the direction of Forest Lawn, Glendale, California.