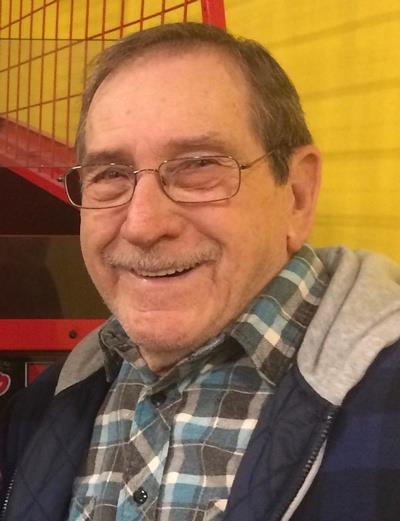 My heart is with you in your time of sorrow. Although no words can really help to ease the loss you bear, just know that God keeps our love ones in His memory (Jeremiah 29:11,12) ~MM~

You will be truly missed by so many! You were such an amazing person.

I will miss you uncle Bob. Hug the twins for me. I know they are with you now. Your niece Angie

Bob gave good hugs and was truly a nice person. He was loved by many. He will be missed so very much.

Get email updates about Earl Slaughterbeck delivered directly to your inbox.

It is with great sorrow and sadness that we relay the passing of Earl (Bob) Slaughterbeck on Friday, April 5, 2019.  He was surrounded by his loving family when he left this earth to be with God and his angels in heaven, Carrie and Sandie Slaughterbeck.

Earl, also known to family and friends as Bob, was born on October 8, 1938 to the late Oathel and Bessie Slaughterbeck.  Earl lived all his life in Lafayette and had attended area schools.

In 1957 he enlisted in the US Navy and served aboard the USS Willard Keith as a fireman/boiler room operator. He traveled extensively throughout the Mediterranean area during the Beirut/ Lebanon conflict.  Upon returning from service, he was employed as a professional carpet installer. Installing carpet for such stores as The Rug Shop, Sears, Loebs, Browns at Rossville, WT Grants and several other stores in the area.

In 1972 he joined the Lafayette Fire Dept. He served on the Dept. for 24 years, as a Sergeant /Driver at the # 6 fire station on Greenbush Street and Elmwood Avenue.  Earl retired from pump #6 in 1996. He was a dedicated firefighter and very knowledgeable of the operations of his truck and the area streets.  In 1972 he married Diane Grenat, in a ceremony at the home of her parents, Ivan and A. Jean Grenat.

He was preceded in death by two daughters, Carrie Lynn Slaughterbeck in 1997 and Sandra Kay Slaughterbeck Skoog in 2002, a grandson Jacob and sisters; Vivian Slaughterbeck, Susan Briscoe and Frannie Richardson.  Earl touched the soul of every person who knew him.  He was a soft-spoken man with a huge heart and infinite patience.  He mentored all in need.  He was a quiet hero.