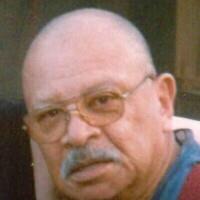 My deepest sympathy goes out to the Crutchfield family on the death of Eddie. So sorry for your loss.

I love you Uncle Eddie

Uncle Eddie, you have always treated me like family, and I thank you for that! Rest in piece.

Gerald: I met you a number of years ago, I’m Lonnie’s first cousin. I remember your dad as a wonderful man. You and your cousins are in my thoughts and prayers. Linda Thomas

Get email updates about Eddie Crutchfield delivered directly to your inbox.

Services will be held at noon on Wednesday, May 19, 2021, at Progressive Baptist Church. Visitation will begin at 10:00 a.m. on Wednesday at the church.

Interment will be held at 11:00 a.m. on Thursday, May 20, 2021, in Middle Tennessee State Veterans Cemetery in Nashville.

Eddie Crutchfield graduated from Central High School in Paris, Tn. At the age of 19, Eddie wen into the United States Army where he attained the rank of Corporal. During his tenure in the U.S. Army, Eddie served in the Korean War where he had several enemy engagements. During his last engagement, he suffered shrapnel injuries, as a result of an enemy hand grenade. Eddie Crutchfield was awarded the Combat Infantry Badge for his direct engagement with enemy forces as well as the Purple Heart for the wounds he sustained. Eddie exited the Army February 1954 but soon found himself volunteering for service in the U.S. Air Force, where he served until 1958. Eddie Gene returned to his hometown of Paris, TN and attained employment with the former Emerson Electric Company. He retired from Emerson Electric Company after being employed with them for more than 25 years.

Eddie Crutchfield was a pillar of the community. Being a Deacon of Progressive Baptist Church and faithful member of the of the Prince Hall Masonic Order, Eddie led by example, walking upright through his several stations in life, before both God and man.“

He leaves behind his step-father, Lonnie C. Thomas, one son, Gerald E. Crutchfield, two nephews: Gregory T. Crutchfield and Tim Crutchfield, and a host of nieces, nephews, cousins, classmates, and friends who will miss him dearly.