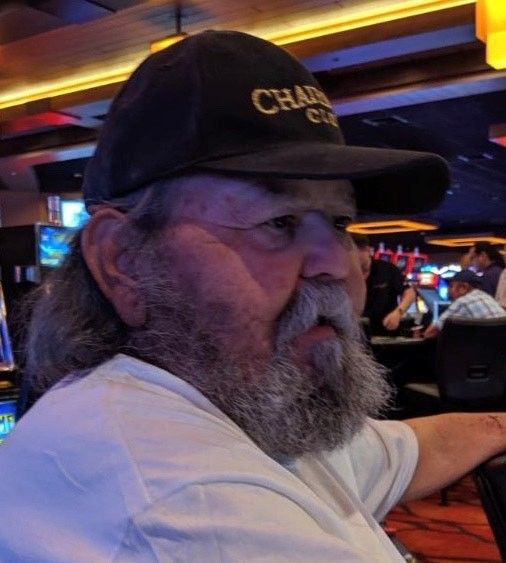 Eddie was a good man an awesome inspiration to me. His laughter will never leave my heart. Always a positive outlook on life. Love that man!!!

May God bless you and your family in this time of sorrow. I have great memories of you n your sister Trina Gonzales n familia when we use to cross the street Dateland School, Eddie always all working on he's foliage army SUV in front of he's yard in Cairo street, many good memories. R. I. P. My friend

Eddie was such an honorable individual. A very humble gentle giant. He would help anyone who needed assistance. It was a big part of his DNA. His will missed by all of us who loved him dearly. Our sincere condolences to the Gonzalez family.

Rest in Blessed Peace. Such a gentle giant with a sweet spirit.
My condolences to the entire family. Im sooooo sorry for this pain. Blessings and Healings

So saddened by Eddies passing....Eddie was a huge part of my childhood from gold mining, fishing the canal, salton sea down to San Felipe trips all the way there in his Jeep w my dad Bill Vargas .... oh those ghost stories as well...the llorona etc...and his laugh...I can hear him now....although he wasnt my blood he was my tio and my kids tio as well....always talking about his car collection with my son...forever in our hearts RIP EDDIE ♥

Our deepest condolences to all of the Gonzales family. May God's love and peace surround you during this difficult time, Love the Peña Family

Ourdeepest condolences for the loss of your brother Eddie. He will truly be missed our neighbor, our friend. Eddie was like a brother to us Balderas girls. May your memories bring you peace . May he rest in peace in the glory of God.

Our condolences to the family and were neighbors on the same street Cairo in Coachella , California. May god grant him peace and bless him. I am one the Balderas girls ( Nadine B. Hernandez)

Eddie Gonzalez, 73, of Coachella, CA passed away on October 31, 2019 in Palm Springs, CA. He was born to Octavio and Evangelina Gonzalez in Alamo, TX. He was a welder, fabricator and mechanic for 50 years. He was the fabricator of the first 4x4 Rolls Royce that was featured on Popular Mechanics magazine. In the late 1960s to 1973, he was involved with the UFW throughout California as personal bodyguard of Cesar Chavez. He was involved with local organizations including REACT, Freemasons and Navidad del Barrios as the Pancho Claus along with Lalo Guerrero. He is survived by sisters: Josie Gonzalez, Maria Gonzalez-Barajas, Trina Gonzalez, Francis Gonzalez-Bautista, Dina Gonzalez, and Lupe Gonzale; brothers: Ruben Gonzalez, Jesus Gonzalez, Octavio Gonzalez, Robert Gonzalez, and Johnny Gonzalez. A visitation will be held from 4 pm to 9 pm on Monday, November 11, 2019 at Forest Lawn Coachella, 51990 Jackson St., Coachella, CA 92236. Burial will take place at 12:30 pm on Tuesday, November 12, 2019 at Coachella Valley Cemetery, 82925 Avenue 52, Coachella, CA 92236.