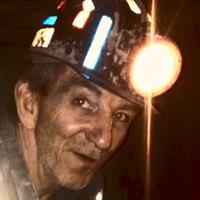 Sorry to hear about Eddie, thoughts and prayers go out to the family

Eddie we are cousins and I know we haven't seen each probably since I was a younger girl but that doesn't make us less family.....I pray GOD keeps his arms open to you....Ruby Foster is my mommy..

so sorry to here about him we all ways like him

I love uncle Eddie Dale and you will always stand out in so many peoples life..you will be missed ..

Sorry to hear about his passing. I worked with many of his family in the coal mines.

Get email updates about Eddie Jones delivered directly to your inbox.

Visitation will be 10:30 a.m. to 11:30 a.m. Thursday, October 22, 2020, in the chapel of the Loyall Funeral Home with graveside services being conducted at 1 p.m. at the Kentucky Veterans Cemetery South East in Hyden, KY.

Loyall Funeral Home is in charge of his arrangements.