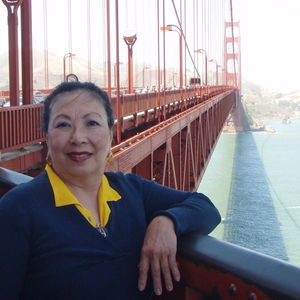 Just reading the story on CNN. I am truly heartbroken for Edith and her family. My heart and prayers go out to her family, friends, and loved ones. So sad that a life was taken or no reason.

I was deeply saddened to read the senseless loss of such a cherished soul.

so sorry for what you had to go through. may you RIP

To Editha's family and loved ones,
I am deeply saddened by the tragic and untimely death of Edith. I have fond memories of her since we were classmates from premed and we were together as a team during our internship. Your loss is huge and I can only share your pain. Keep faith and courage. May she rest in peace.

I was Class 67 Treasurer for a long time. Edith always donated money for our Class charity.
Editha In LA and I, Marina in NYC were both busy OBGYN solo practitioners years before.

GOD BLESS YOU EDITHA. We your classmates & friends are now in fervent prayers for your
ETERNAL REPOSE WITH GOD.

LET US PRAY:
"God our Father,
Your power brings us to birth,
Your providence guides our lives,
and by Your command we return to...

So sad to hear about Ediths passing.
Do remember our internship days. Used to talk about everything. She was a pleasant person. Last saw her during our reunion inNJ and once in the Philippines.
Since then ,we did not see each other.
Our sincere condolence other 5 boys and family,her grandchildren Andre siblings.

Were very sad to hear about the passing of Edith a classmate from UST class 67. Havent seen her since our reunion over twenty yrs ago .our condolences to her family .may she Rest In Peace.
Edna Arrieta-Neary and family

So sad to hear the news...Editha was a close friend during our high schools days at Caloocan High on 10th Ave., Caloocan City. Sending our condolences and prayers.

Editha Cruz de Leon, 76, born on December 5, 1943, in San Rafael, Bulacan, Philippines, passed away December 8, 2019. She resided in Los Angeles, CA at the time of her passing. She was born to Jose and Primitiva in San Rafael, Bulacan. She and her 11 siblings grew up in a loving but crowded home in the Philippines. In 1970 Editha and her husband Rogelio immigrated to the United States to pursue the American dream for her young family and completed her residency at Case Western Reserve University, Cleveland, OH. After completing her residency and becoming an OB/GYN doctor, she and her family moved to Indiana and eventually California in the 1980s. After retiring from medicine, Editha traveled extensively across Europe, the Middle East, Africa, and Asia and eventually slowed down to be at home and closer to her grandchildren both in California and New Jersey. In retirement, she pursued her hobbies of gardening, cooking and wine tasting. Editha was known to be a fashion maven, always with the most fashionable matching hats, purses and shoes for all occasions. As a mother of five boys, Editha instilled in them a strong sense of discipline and passed onto them her unique outlook on life. She was extremely proud of her boys for what they accomplished. Her dream was for them to have a better life than she did in the Philippines. Editha was a devoted Catholic and especially enjoyed the Christmas season as it reminded her of her favorite childhood memories in the Philippines and gave her the opportunity to celebrate with her sons and their families. She is survived by her sisters Lilia, Noemi, Jennifer and Carolina; her brothers Jose Jr., Armando, Philip and Gerardo; her five sons, Russel, Richard, Raymond, Robert and Ryan; and her grandchildren, Ethan, Matthew, Juliette, Derek, and Chloe. The family welcomes all who knew Editha for visitation, rosary, and vigil services on Thursday, January 2nd, 10:00 am – 4:00 pm & 5:00 – 9:00 pm. A funeral mass will be held Friday, January 3rd at St. Pius V Catholic Church in Buena Park at 10:00 am. Arrangements are under the direction of Forest Lawn, Cypress, California.