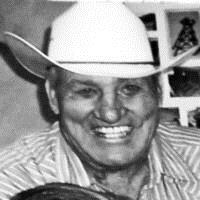 Get email updates about Edmund Dunn delivered directly to your inbox.

Edmund Boyd Dunn passed away peacefully at home on October 25, 2020. He was born on May 15, 1933 in Walkerville, Montana, the son of Frank and Thelma (Clayborn) Dunn.

Ed worked in the mines as a young lad. He enlisted in the Army on May 3, 1951 which took him to Korea to serve his country as a paratrooper with the 83rd Airborne. He received numerous medals during his service. Ed’s passion for horses lead him to participate in Rodeo and becoming a High School Rodeo Coach.

A celebration of life will be at a later date. In lieu of flowers donations may be made to Compassus of Butte, MT.