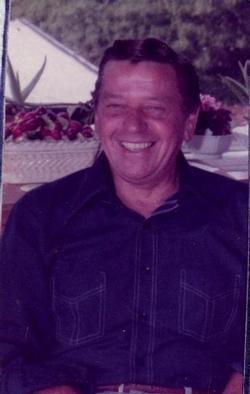 Get email updates about Edward Richard Cromey delivered directly to your inbox.

Edward Richard Cromey, a nationally recognized leader in pottery and ceramics, died December 2, 2015, of natural causes at his home in Villa Park, Ill. Born March 20, 1926 in North Judson, Ind., one of six children to Frank Cromey and Theresa (Patzke) Cromey, Mr. Cromey won more than 40 local, national and international awards in the 1960s as a potter and ceramic artist, serving two years as president of the Association of San Francisco Potters (now the Association of Clay and Glass Artists of California). While president, Mr. Cromey helped launch the Hall of Flowers Sale and Exhibit, today known as the Palo Alto Clay & Glass Festival, which helps support artists throughout California.A 1949 graduate of Alma College, Mr. Cromey earned a master's degree in English from Michigan State. He served in the U.S. Air Force, earning an honorable discharge in 1951, after which he did graduate work in salt glazing and glass blowing while also teaching and working at several colleges and universities in California. He traveled extensively throughout Europe to study arts and crafts, focusing on the technique of salt glazing used in early European pottery. In retirement, Mr. Cromey enjoyed travelling between the coastal town Bexhill-on-Sea in South East England, and Honolulu, Hawaii. In 1986, the Association of San Francisco Potters and Glassblowers named him an honorary member for his "significant contributions of time, talent and energy" to the organization. Today, his work is part of the permanent collections of the American Museum of Ceramic Art in Pomona, Calif., and of the Mills College Art Museum in Oakland, Calif.Mr. Cromey is survived by his beloved sister Elizabeth L. Gerstner, with whom he lived, his nephew and niece John (Mary Anne) W. Gerstner and Teresa L. (Gerstner) Therrien, and his cherished grand-niece and grand-nephew Rosemary L. Gerstner and John W. Gerstner, Jr. Mr. Cromey also has numerous nieces and nephews, and grand-nieces and grand-nephews from his late siblings Joseph, John, and Leonard Cromey, and Alice (Cromey) Gundling.No funeral arrangements have been made at this time. Contact Steuerle Funeral Home in Villa Park, Ill. (steuerlefh.com) for information. Memorial donations may be made to the American Museum of Ceramic Art (amoca.org/giving) or the American Craft Council at craftcouncil.org/donation.