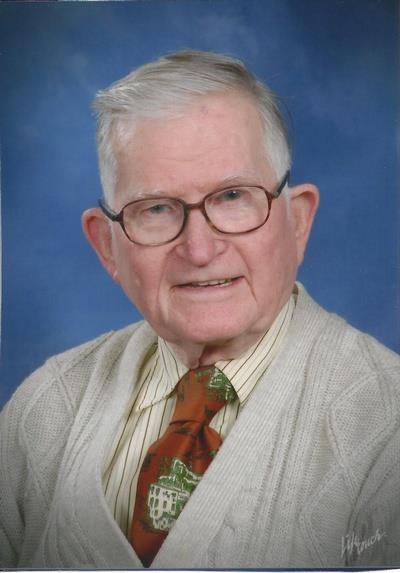 My husband and I always enjoyed seeing Ed at mass on Sundays and sitting close by. When talking with Ed and Frank we found out we were all current and retired postal workers. We felt a comradery. We will miss Ed and will think of him when we see his pew at church. Sorry we missed his funeral it would have been nice to meet his family.

The Caputo family sends their condolences to the family of "Ed, the mailman". We grew up, across the street from Ed. He was a very nice man. My parents still live there. We are so sorry for your loss.

Uncle Eddie was always cheerful. He was very quiet And we enjoyed being with him. He will be missed.

Ill miss you and your smile Eddie and so will our fellow letter carriers and the people of Villa Park.

Uncle Eddy was my grandfather Elijah's brother-in-law. I saw him on a regular basis at the first real job I had when I was 16 at Dominicks Foods at 83 and St Charles in the early 70's. He was so kind and gentle; I never saw him without a smile. I know led a satisfying life because of the content manor in which he carried himself. Today I smile as I consider that he and aunt Marge are together again, along with my parents and grandparents; forever. I am Bob and Terrie Coakley's son.

In loving memory of a wonderful uncle. I will always miss our drives, your stories and the time my parents tried to leave you at the gas station. We will love you forever.

Our hearts are saddened by the loss of a dear neighbor whom we called Eddie. My husbnd and I enjoyed his visits and stories. Such a sweet nice man. May God bless your family during this difficult time.

Get email updates about Edward Tinault delivered directly to your inbox.

Edward John Tinault (95) of Villa Park died peacefully in Elmhurst on  January 14, 2019. Edward was born August 14, 1923 to Henry J. and Catherine "Marie" (Canavan) Tinault.  He lost his mother at the age of five, in May of 1929.  Shortly after, his father's metal spinning business failed, and Ed, two sisters and a brother went to live at Holy Family Academy in Beaverville.  Their father moved them to St. Mary's Training Academy in Des Plaines in 1932 where Ed lived until 1940.  His last two years of high school were completed at St. Rita's, graduating in June of 1942. A WWII veteran, Ed served with the Coast Guard from November 12, 1942 to March 29, 1946 as a motor machinist's mate second class.  Part of the time he served was on a tanker supply ship in the Pacific near Guam and the Philippines. Ed met his future wife, Margaret "Marge" ne: Keenan while square dancing.  They married in 1955 and moved with her four young sons to Villa Park.  She died in 1991, leaving him alone in retirement. Ed was known by many in Villa Park as a mail carrier (1958-88), as an active member of St. Alexander’s Church, as an excellent dance partner at the Senior Center dances, as a dedicated organ owner-enthusiast, lover of opera, and as a friendly neighbor. Surviving Ed are step-sons, Gerald (Elizabeth) and James (Marlene) Keenan, daughter-in-law, Dorothy Keenan; grandchildren, Brian, Patrick (Angela), Peter (Danielle), Susan and Melissa; five great grandchildren (Henry, Sam, Nathan, Theo, Lilly); sister, Helen; brother, Jack; and many nieces, nephews, and friends and neighbors who filled his life over the years. Preceding him in death were his parents, his wife Marge, step-sons Tom and George Keenan; daughters-in-law Joyce, Ginny and Barbara; grandson, Gerald; sister Vivian, sister-in-law Laverne, and brothers-in-law, Halvard Hanson, Robert Falsey and Thomas Ruth. Many thanks to special friends and neighbors who supported Ed over the years. The visitation will be at Steuerle Funeral Home Ltd., 350 S. Ardmore Ave. in Villa Park on Thursday, January 17, from 4-8 p.m.  (630-832-4161). Mass of the Resurrection will be celebrated at St. Alexander's Church, 300 S. Cornell Ave. in Villa Park on Friday, January 18, at 10:30 a.m. following visitation at the church from 9:15-10:15 a.m. (630-833-7730). Interment will be in All Saints Cemetery, Des Plaines. In lieu of flowers, memorial donations may be made to Maryknoll Academy.