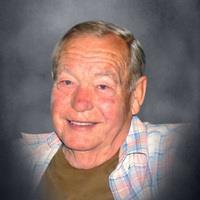 Gail, I am so sorry for your loss....
Angie and Matthew Barnes

Get email updates about Edwin Barnes delivered directly to your inbox.

Mr. Barnes was born in Rome, Georgia on March 8, 1946, son of the late Rev. Willard Vitrue Barnes and the late Clara Olene Goss Barnes.  He was also preceded in death by his wife, Gail Elaine Kelley Barnes, on May 3, 2006, by a son, Edwin Dewayne Barnes, on August 27, 2017, by a grandson, Justin Dewayne Barnes; by a great grandchild; and by three brothers, Don, Merle and Randy Barnes.  Mr. Barnes was a veteran of the U. S. Army serving during the Vietnam War in the 101st Airborne Division and was of the Baptist faith.  Prior to retirement, he worked as a welder for Rome Tool and Die.

Funeral services will be held on Friday, October 23, 2020, at 2pm in the Chapel at Henderson & Sons Funeral Home, South Chapel, with the Rev. Adam Wright officiating.  Interment will follow in Rome Memorial Park with the American Legion Post #5 Honor Guard presenting military honors.

The family will receive friends at Henderson & Sons Funeral Home, South Chapel, on Friday from 12 noon until 1:45pm.  Social distancing measures will be followed at the visitation and funeral service.