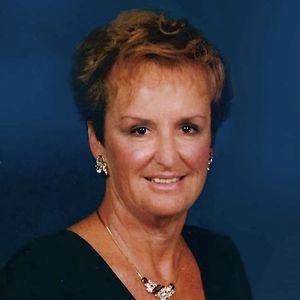 Aunt Ann, I will never forget my summer visits to Los Angeles and the wonderful Aunt that I found and loved. I will miss your laughter and your graciousness. My condolences to all whom you have touched.

Aunt Ann, you will be so missed. What a beautiful woman. Always a kind and generous person. Rest In Peace. My condolences to Cheryl and Jerry and their families. Love Marie

My Love and Prayers go out to the whole family. You were blessed to have such a wonderful inspiration in your lives.

I have such fond memories of Ann from my youth! I had such fun living next door, going on great camping trips, and enjoyed just talking with her. She had such a gentle way of conversing with us as kids. My love and condolences to her family.

Rest In Peace Aunt Ann, thank you for the memories. Prayers for the families, love the The Harteis Family.

My love and sympathy to Cheryl and Jerry
RIP Ann✝

Ann moved to Los Angeles in 1951 and was a member of the graduating class of 1959 at Belmont High School. She was a member of the Belmont High School "Ladyes" and a Lieutenant of the Drill Team. She met and married Navy serviceman, Thomas John Nestler in Los Angeles in 1960. Her family of four instantly grew to include 14 brothers and sisters in law and over 50 nieces and nephews from Tom's family whom she adored. Ann and Tom loved to visit their families on cross country trips each summer. She found her happy place when they began boating in 1971 on the Colorado River and then bought a summer home in Havasu Lake, California. Ann worked for Prudential Insurance for over 40 years as the Office Manager in Arcadia, California.

Ann met her second husband, Dick, in 1985 and they traveled the world together. Hong Kong, Taiwan, Australia, South America, Europe, and enjoyed over twenty cruises in their time together. They also traveled in their RV with their Trilogy at Glen Ivy RV Group and spent 14 days at the 1996 Summer Olympics in Atlanta. Ann was loved by so many whether she was with family, her friends, or neighbors. She was the consummate hostess and loved to entertain.

Ann became a member of the Daughters of the American Revolution in 2014 and before her passing she was able to prove direct lineage to ten Revolutionary Patriots. She was a member of the Colonel William Cabell Chapter in Newport Beach, California. She passed on the love of her roots to her children.

Cheryl and Jerry would like to thank the many people who cared for Ann the past seven years, especially Ivy Cottages and their incredible staff.

In lieu of flowers, donations can be made to the Women's Alzheimer's Movement in care of CSSDAR State Regent's Project:

Please join the family on Friday, December 17th at 12:00 PM for her funeral at Patriots Chapel, Forest Lawn in Cypress