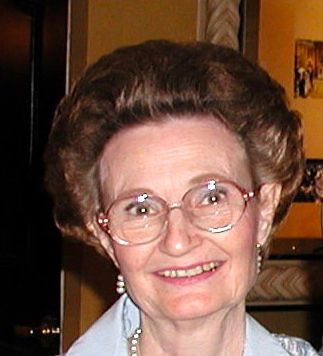 Eloise was born in Indio, California June 11, 1937 to Ellen and Earl Giles. She had two siblings. A brother Floyd and sister Mini. She lived in Arkansas on a farm from the time she was a small baby to seven years old. Then settled in Cathedral City where her dad ran a date ranch. She left California when she was eleven to go back to Missouri where her family owned a dairy farm. Stayed there a few years until a drought hit and her father needed to come back to California.

Eloise went to elementary school in Cathedral City. Junior High and some high school in Ozark, Missouri. Finished high school at Palm Springs High School where she said the best part was dating Butch. Graduated in 1956 then went to Santa Ana College for one year. Married Butch July 13, 1957. Her first child, Earl, was born July 20, 1958. Barry came along October 28, 1959 and Blaine December 9, 1963.

During her younger years she was a telephone operator and did gardening. Eloise and Butch built a pool construction business and rental property business of which Eloise was the book keeper and secretary. She enjoyed travel and some of her favorite places were Ouray, Colorado and the Amana Colonies in Iowa. She belonged to the Presbyterian Church and was the treasurer. Her hobby of Insulators with Butch produced Best of Show award for her Insulator display 3 times at National level.

Eloise loved to read and take care of her roses at her home. She was an excellent cook, quilter and seamstress. Enjoyed family dinners with roast, potatoes and gravy. Her buttermilk biscuits handed down from her mother are a tradition for all family members. Chicken fried steak too.

Rather than flowers, Eloise would like to be remembered through donations to Alzheimers.

Ofelia and I met Butch and Eloise at an insulator collecting show in 1987. A close friendship grew and we enjoyed many visits at their home and at the dozens upon dozens of insulator shows across the country. Eloise was always so kind and giving, we will miss her immensely. So many great memories. Our condolences to the family.

We all loved our Aunt El (Eloise) she was an amazing woman. I learned so much from her. We will miss her....I have fond memories of taking the greyhound bus and spending summers with my Aunt El, Uncle Butch and cousins. Love to all the family! XO