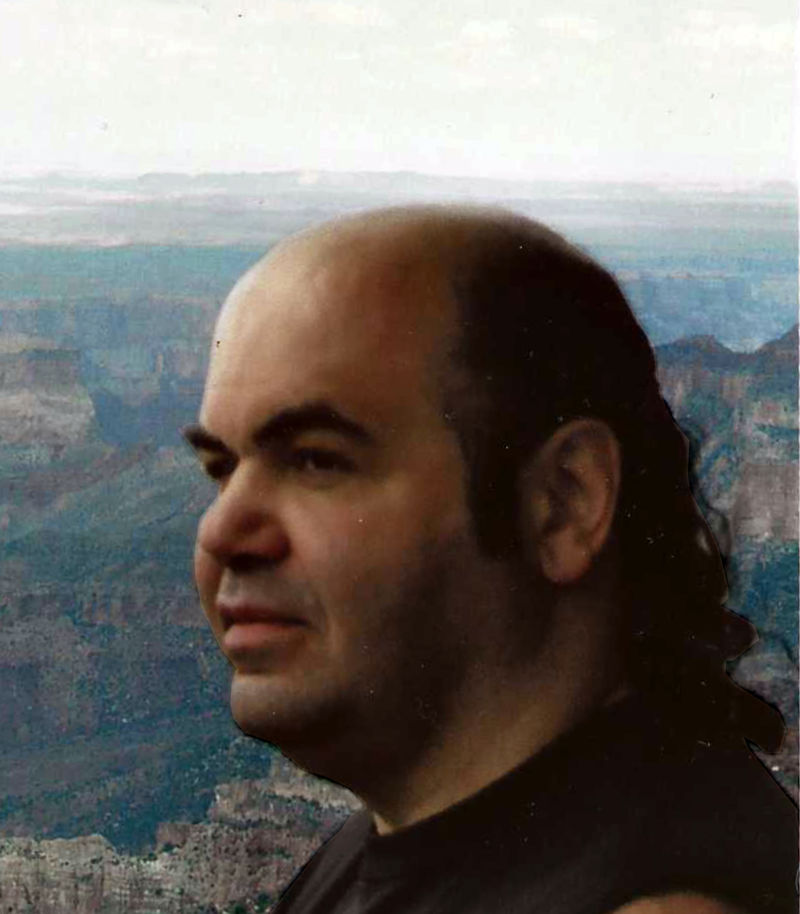 I was a child when I met Eric. He immediately became a person who would I would seek out to make me smile and laugh. He seemed to sympathize with what I was going through and just hang out. he is an honest sole. he wants everyone to be happy and at their best. He will watch over everyone who welcomes him to do so.

In loving memory of Eric Knight.

Eric was born on August 13, 1954 to Frederick and Marcia Knight in New Rochelle, NY. After graduating from Mt. St. Michael Academy, he pursued a BA Degree in Psychology at Mercy College.

Eric had a lifelong passion for comics and graphic art and enjoyed a 30-year career in entertainment and art industry in New York and Los Angeles.

Eric married his wife Halina Maruha in 2004, and they went on to have two children, Nadezhda and Elizabeth. Eric devoted his later years to creating the best life for his beloved family, bringing up his daughters and stepson.

Eric was a great admirer of literature and cinema, with incredible taste and extensive knowledge in both. Music was Eric's second nature. He was a passionate fan of many artists and composers and a skillful musician himself, playing guitar and bass guitar and creating music arrangements. Eric was a gifted storyteller, and all who knew him enjoyed the great narrations of his many life encounters and his most comprehensive and interesting answers on any topic - be it philosophy, science, technology, art, politics, pop culture, and a multitude of other subjects. He loved to travel and explore places off the beaten path. He was a true Mensch, with independent mind and free spirit.

In lieu of flowers, please consider a donation for your favorite cause/ charity organization or to your church in Eric's name.