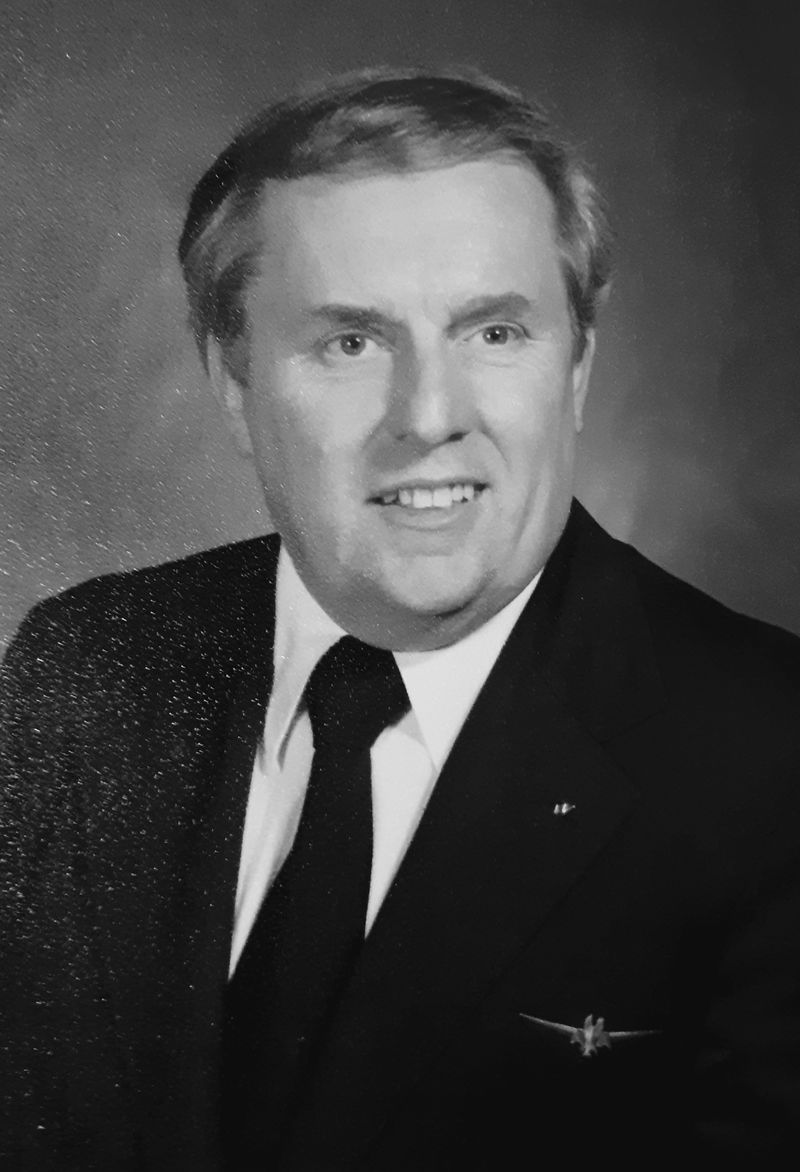 Ed Clemmer, born June 14th, 1931 Abilene, Texas, died January 3rd, 2022. We were all blessed he was able to spend Christmas and welcome in the 2022 New Year. Raised in Dallas, Texas by his parents Eddie and Mae Clemmer, he graduated from Crozier Tech High School and attended Rice University in Houston. He transferred to the University of Texas, majoring in architecture. During the Korean War, in 1951, he enlisted in the United States Air Force, working as a radar technician, based in New Mexico. He had always wanted to be a pilot, but was told he was too young to apply for flight training. In 1953, he reached the required age and passed the exams and testing and was assigned to Bryan Air Force Base for pilot training. During this time he flew the T-6, T-28, T-33 and F-86. He was commissioned as a second Lieutenant, and graduated with his wings from Moltree, Georgia, Spence Base. Gus Grissom, Apollo astronaut was also in flight training. Orders were given to go to Korea, flying F-86 Sabre jets, fortunately the war ended before his deployment. Bentwaters, Suffolk, England, was the next assignment, seventy miles from London, England. He spent many weekends in London at the Savoy Hotel. The staff in 'The American Bar' welcomed Americans, recalling serving American pilots during WWII. Whenever, walking into the lounge, first drinks were always on the house. In February, 1955, Ed met his future wife, Sheila Woods of Holbrook, Suffolk, England. They married the following June, leaving England for discharge in February 1956.

Ed returned to the University of Texas, Austin, and changed his major to Aerospace Engineering. Robert Crippen, a close friend in the same classes, later became a Captain for one of the NASA space shuttles. Ed's graduating class, was the first class to graduate as Aerospace Engineers, formerly Aeronautical Engineering. His first job was with Aeronutronic, Newport Beach, California. At the time, Russia's Sputnik satellite was circling the earth at this time, a threat to America. JFK had released funds "to go to the moon" before the Russians and thousands of engineers were needed. Ed was hired by North America in Downey, California, who secured the Apollo contract. He was the second hire in his department Aero-thermodynamics, and was in charge of providing data and running wind tunnel tests analyzing temperatures for the astronaut's Apollo capsule re-entry from space. These Heat Tiles were developed to withstand the 'on-fire' re-entry. His wind tunnel testing was at TVA, Tennessee and JPL, Pasadena. The original Heat Shield is presently on display in the Aerospace museum in Washington, DC.

While Ed was on an assignment for North American at China Lake Base, he was driving through Mojave Desert and saw smoke, immediately knowing there had been a plane crash. A military helicopter began circling him while he drove his red car, assuming he was ground rescue heading towards the crash site. Chuck Yeager, was the pilot of the plane crash. Years later, when Ed and Sheila lived in Tahoe, Ed met with Chuck Yeager in Grass Valley for breakfast.

Ed's next contract employment was with IBM in Huntsville, Alabama, working on the Saturn V rocket which sent the astronauts to the moon. The project was under the direction of Von Braun, the German Rocket scientist who invented the V1 and V2 in WWII. Ed enrolled in graduate school taking advanced aerospace engineering classes at University of Alabama. In 1966, Ed returned to flying and was hired by American Airlines, flying for thirty years, many years as a Captain. It was during this time that he flew Convair 240, Boeing 707, Boeing 727, Boeing 767 and McDonnell Douglas (MCD stretch).

While living in San Diego, he enjoyed sailing with precision with the family on weekends. Palm Desert became home after retiring from American Airlines. Ed was an active member of Palm Valley Country Club and enjoyed playing golf and tennis. He was a lifelong supporter of University of Texas 'Longhorns', traveling to many football games and attending Longhorn functions. During retirement, with encouragement from Sheila who said he was a natural teacher, he became fully credentialed to teach science, math and architecture at Cathedral City High School, Palm Springs School District. Attending high school football games and graduations was a highlight for him.

Ed and Sheila have been members of St. Margaret's Episcopal Church since 1987, when Father Brad Hall presided over church services at Karn's Hall. Ed enjoyed knowing that Father Brad Hall's shared interest of being a fighter pilot. Ed proudly ushered church services for over 20 years and often said it was such a honor to usher President and Mrs. Ford to their seats. He knew all of the Secret Service by name and respectably received a secret service pin, the same that they wore, from them. While traveling on cruises, he would wear this pin and gladly answer questions how he received it. He was privileged to be a part of the St. Margaret's team of ushers for both President Ford and Mrs. Ford laying in repose at St. Margaret's and their funerals.

Ed has been blessed throughout his life. Married to Sheila for 66 years; Children are Lynnette Zelezny, Robert Clemmer and Marie Clemmer; Seven grandchildren and four great-grandchildren. The family is grateful for the kindness and excellent care Montage Manor staff provided Ed while in their care these past 6 months. He valued each one's dedication and felt very much 'at home'. Ed and the family have been blessed in many ways throughout his life long journey and to his final resting place with God.