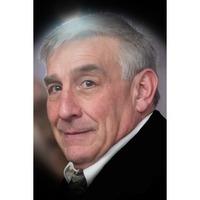 Dear Paula, so sorry for your loss. If I can help in any way, please let me know.

Dear Paula and family, Please except our deepest sympathy to everyone in your time of loss. Frank was a very kind, thoughtful and generous person and will be greatly missed by all. Our sincere regards, Sue and Stefan Vanharmelen and boys

So very sorry to hear of Frank's passing. I knew Frank from the "Y" and OLA. He was such a kind, upbeat guy who loved his family tremendously. I will miss him very much. He'll always be in my prayers. My sincerest condolences to the family.

Sorry for your loss, Paula

So sorry for your family's loss. He was truly a nice person. Growing up across the street from Frankie's little store. Whatever you needed they had.

I am so very saddened to hear of Frank's passing. I had the honor of getting to know him for the years we worked together at Gross Electric. I knew him not only as a co-worker but as a friend. He used to call me Gross's "Billy Martin" because when I left there and then came back he said it was like Steinbrenner bringing Billy back to the Yankees. My condolences to Paula and the family. Rest in Peace my friend, it was an honor to know you.

Frank was one of my closest friends growing up on Feeder Dam Road. He and the entire Battiste family made an important and indelible impact on the community of people who knew them and patronized Hudson Park Grocery. My heartfelt sympathies and sincere condolences go out to Paula and Frank's immediate family, as well as to Fred, Carl, and Mary Ann. Frank accomplished a great deal during his time here, much of which is included in his obituary. In addition to his friendship and the love...

Dear Peter and Family, I am very sorry about your loss and hope you will feel his presence and protection in a new way in your lives.

Paula, So sorry for your loss. My thoughts and prayers are with you and your family at this difficult time.

Get email updates about Frank Battiste Sr. delivered directly to your inbox.

QUEENSBURY--- Frank Battiste Sr., 64, of Queensbury, passed away at home from pancreatic cancer with his loved ones by his side on May 12, 2021.

Born on September 15, 1956, in Glens Falls, he was the son of the late Carl S. Battiste and Amelia C. Della Cioppa. Frank graduated from South Glens Falls High School where he played varsity football and track.  He married Paula J. (O’Brien) in 1977 at St. Michael’s Church in South Glens Falls.  The couple enjoyed over 43 years of marriage.

Frank’s curiosity, dedication, and passion in the fields of accounting and finance made him a trusted financial advisor to several area firms.  This same passion would later inspire his two sons to join the industry.

The final twenty years of Frank’s career were spent at Gross Electric where he served as Controller.

Most content in his serene and manicured backyard, Frank enjoyed gardening, woodworking, golfing, and cooking.  He was an avid swimmer since his childhood days on Glen Lake and became passionate about lap swimming later in life.

In addition to his parents, he was predeceased by his stepfather, Fred Fuller.

A memorial service will take place at Our Lady of the Annunciation, on Tuesday, May 18th at 11:00 a.m. Burial will be private to the family.

The family wishes to extend a sincere thank you to the CR Wood Cancer Center, Dr. Gilliani MD and staff as well as High Peaks Hospice. The family is also grateful to Joe Gross, Frank’s former co-workers at Gross Electric and to friends and family for their prayers and support in recent years.