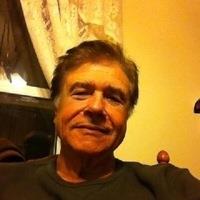 Fred was a great long term business associate. We worked together to help each other market and revise the unique Tankette unit. I would like make a family contact to pass on my condolences and discuss the future of Tankette

To: The Family and Friends of Fred
May you find strength and comfort in the knowledge that Fred will remain in the hearts and thoughts of the many people whose lives hes touched. My sincere condolences.

A great neighbor, full of humor and puck. I will miss him. You couldn't have a better neighbor than Fred.

To all of the Prue families, I am so sorry for your loss. Sending our sympathies and prayers.

Amy and family, truley sorry for your loss. You are in my thoughts and prayers.

My condolences to Chantal, Marjorie and the Prue family. My thoughts and prayers are with you at this difficult time.

We will miss Fred and his music at Bel-Aire entertaining- many an afternoon Fred brighten the day for us! Our thoughts are with his family at this time

Get email updates about Frederick Prue delivered directly to your inbox.

Frederick graduated from Randolph College with an engineering degree. He was a computer programmer for Rytheon and Progress Software.com among others. His many hobbies included playing music, boating, tennis, traveling including going to Greece and Australia,and he patented two different products: tanket for marine boats, and sticky tape called tacky-tack.

He is survived by his daughter Amy Beth Prue of FL, his grandson Travis Cumbest, his siblings: Louie and wife Collette, Danny and wife Linda, John and Clare, David and Barbara, Valerie and her husband Richard Royer, Sr, Brenda and her husband Paul Stewart, Donna Jewer and her husband Lester, Diana and David Poginy, Pamela Prue and Pat Pyne, Marjorie and Jim Morley, and Pearla and Blaine Brown, by his companion Chantal Basile of six years and the mother of his daughter Carol Jordan Pare, and many nieces, nephews and cousins.

He was predeceased by siblings Terry and Janice.

Funeral services will be held at 1:00 P.M. on Saturday February 22, 2020 at the Curtis-Britch & Bouffard Funeral Home, 37 Lake Road, Newport with the Rev. Dwight Baker officiating. Friends may call at the funeral home on Saturday February 22, 2020 from 12 Noon until the hour of the funeral. Should friends desire, contributions in his memory may be made to the charity of one’s choice. On-line condolences at curtis-britch.com. Arrangements are entrusted to the care of Curtis-Britch &Bouffard Funeral Home locally family owned and operated.