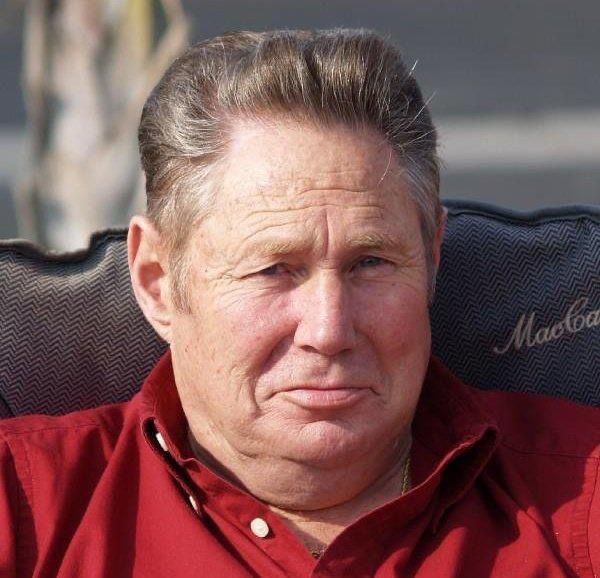 Joker, I never met you, but I feel like I knew you because your sister Dianne is my best friend. She adored you and spoke lovingly of you often. You two were blessed to have been so close, and I know she is missing you fiercely--as she loved you fiercely. You had a fine homegoing, and now may you rest in peace as you rise in glory. Love and blessings to our family, and may they find comfort in a wealth of wonderful memories of a life well lived.

Dadpa, the memories I have with you are all wonderful ones. Particularly the Duck Duck Goose and quarter games we all played in the desert..I am so glad I had the pleasure of knowing you for many years. So thankful. You are no longer in pain. RIP Dadpa. You will be missed

George you will be miss by all who knew you. Our family has not long along has got to reconnect with you and your family. It has been a fun & great time talking with you on phone & reconnecting with your sister Dianne we talk often.So from what i understand it has been many years since our family's have had the pleasure to share good old days.So George This is how i see your Journey for family & friends to remember.AS some people journey through life, they leave footprints of...

Our deepest sympathies for all. Even though he is no longer present his presence will always be felt. I truly respected George. He was strong, gentle and fun to be around. You can now be at ease and Rest In Peace Marine. You will be greatly missed and never forgotten. Love Robin and Robin

Barney, I was lucky to have you as a brother-in-law, you were always there for us with whatever we needed. We always had a great relationship, and a lot of fun and laughs over the years! You will be truly missed. Rest In Peace ! Love you

I am so sorry to hear of George's passing, I jut heard it today and was shocked. We just recently reconnected on facebook and wrote back and forth. I was best friends with his Brother "Cricket" and have known the whole family all my life. RIP Marine and my condolences to the family and friends.

Thank you for all you did for me and for my family when I was growing up. You were a true gentleman, and a loving husband and father. Your many, many kindnesses will always be remembered. Love to you always. Tracy

My deepest sympathy to all the family. In memory of a wonderful man I had the pleasure to know. I'm blessed to have great memories of this kind, caring, and generous loving man, that I will forever cherish. He will be greatly missed by all. Rest in peace my dear. From a loving friend.

George W. "Barney" ("Joker" to his family) Barnhouse, 78, of Anaheim, California, passed away in his home on May 19, 2021, after a courageous battle with COPD and congestive heart failure.

Born on February 22, 1943, at home in Furnace Mountain, Virginia, he was the son of the late Lester W. Barnhouse and Mamie May (Umbaugh) Barnhouse.

He is survived by his daughter, Timi Barnhouse Bass (Brian); grandson, Tyler J. Bass; granddaughter, Erinne M. Bass (Anthony Ramos); and one great-grandson, Dakota B. Ramos. He was preceded in death by his wife of 29 years, Caren Tacy Barnhouse. He is also survived by his partner for 26 years, Ellen Slifer of Point of Rocks, Maryland.

He is survived by two sisters, Leola Barnhouse Kinman of Salem, Oregon, and Dianne Barnhouse Peterson of Dana Point, California. In addition to his parents, he was preceded in death by his two brothers, David W. Barnhouse and Lester O. Barnhouse; and one sister, Lilly L. Earl.

George enjoyed watching Nasar racing, listening to Fox News and listening to country music. Recently he very much enjoyed reconnecting with many of his friends and companions from childhood, especially Sonja Green Frye. Most importantly, his real life's passion was his fierce devotion and unconditional love for his family.

He was proud of his service in the U.S. Marine Corps from 1960 to 1964 and proudly displayed the Marine Corps flag under the Unites States flag in front of his home.

In lieu of flowers, please consider donations in George's memory to the Wounded Warrior Project.