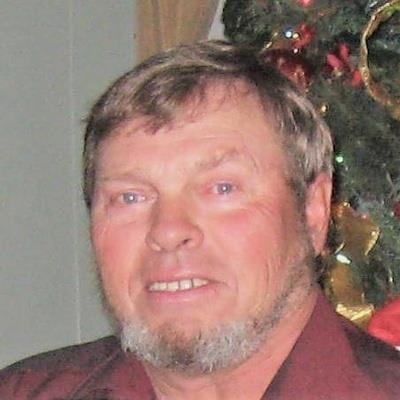 George was an awesome guy. He will be missed.

Annette, Carol, Shirley and family, I was shocked and saddened to hear of your loss of George. Only today did I learn of his passing. Since living in Reno for so many years now and the fact that my parents and George Sr. and Mary are all gone, the contacts are no longer as they once were. I'm sending my sincere condolences to you all at this very difficult time. He's at peace and I believe reunited with his mom and dad. I have fond memories of our families spending time on the dairy for so...

So sorry to hear of Georgie's passing. My condolences and best wishes to all the Grossi clan.

I am sorry regarding the loss of your loved one. May the God of Comfort, continue to comfort the family, during these difficult times. May he, continue to give support and loving kindness to all. 1Cor. 1:3,4.

Annette and family,
We are so sad and sorry for your loss. Georgie was a great person. I have so many fond memories of our younger years growing up in Novato with the Grossi family. We will dearly miss him. You all are in our thoughts and prayers .
Kathy and Dennis Baldwin

I send my thoughts and prayers to the Grossi
Family. I always enjoyed visiting the family
when my father, Bill Cummings,Sr.,delivered
grain to the dairy.

George was always a kind and generous spirit. Always had a smile on his face and he will be missed. He had a wonderful family and I'm happy he had such love around him.

my Heart and prayers go out to the family.. George was a great guy and will truly missed

I am very saddened at the news of his passing. He was a high school classmate, and I always enjoyed seeing him and Annette at our reunions. He was a very good man.

Get email updates about George Grossi delivered directly to your inbox.

George Domingo Grossi passed into eternal peace on October 17th with his loving wife of nearly 51 years, Annette Robasciotti Grossi, and their three children by his side. He was born in San Rafael on March 16, 1948 to George and Mary Grossi and was brought up surrounded by nature’s beauty on their family dairy ranch in Novato. He along with his cousins and sisters attended the one room schoolhouse, Burdell, that once sat on the family property. After elementary school, he made the journey through the back-roads to attend Kenilworth Junior High and then Petaluma High School (PHS).  While at PHS he was an active member of their Future Farmers of America (FFA). He went on to earn a degree at Cal Poly in San Luis Obispo and enjoyed his years spent near Avila beach. While there he met the love of his life, Annette, a San Luis Obispo native and dairyman’s daughter whose family owned ‘Scotty’s Cafe’ where George would frequently go for the best burger in town. The two were married on November 11, 1967 and a few years later welcomed their first daughter, Lesha Marie. After graduating from Cal Poly in the Spring of 1971, the family of three made their home on the dairy ranch in Novato, where George went into business with his father, George Sr. It was here that they grew their family, welcoming their son, Dominic Scott  and daughter, Rachel Lynn. Dominic would follow in his father’s footsteps earning a degree at Cal Poly and returning to the ranch to go into business with his Dad. As Dominic joined in the family business, George began also managing Dairymen’s Milling in Novato. He had the joy of watching all three of his children get married and bring seven grandchildren whom he loved and adored into this world. Over the last 17 years he cherished his role as ‘Papa’ and taught them to play cards, shoot a gun safely, drive the kubby around the ranch and BBQ deer ham. Most importantly, he taught them all how to be a kind and generous person who values relationships with others over material goods. George was a devoted husband, father, grandfather, son, brother, uncle, cousin and friend to many and felt blessed to be part of such a wonderful community. George was also a leader in the agricultural community, serving as President and other offices of many organizations including Marin County Farm Bureau, Redwood Holstein Association, Dairy Herd Improvement Association, Dairymen’s Milling in Novato, Heifer Replacement Committee, Marin Agricultural Land Trust, Dairymen’s Feed and Supply in Petaluma, and Petaluma High School Agriculture Committee. He also had a passion to educate the next generation about the importance of agriculture and spent many hours as a Dairy Leader for the local 4H club. He was an avid hunter with a passion for wildlife management and conservation; and helped to establish the Wildlife Museum at Petaluma High School where he continued to serve as a board-member for many years.

You are invited to Parent Sorenson Mortuary at 850 Keokuk St. in Petaluma on Monday, October 22nd for a visitation from 4pm - 8pm with a vigil at 7pm. A celebration of his life and mass will be held on Tuesday, October 23rd at 11am at Saint Vincent de Paul Roman Catholic Church at 35 Liberty St, Petaluma, Ca. There will be a reception immediately following mass at the Elk’s Lodge at 2105 S. McDowell Blvd in Petaluma.

In lieu of flowers, the family asks that you consider a donation in his honor to your local FFA or 4-H club.