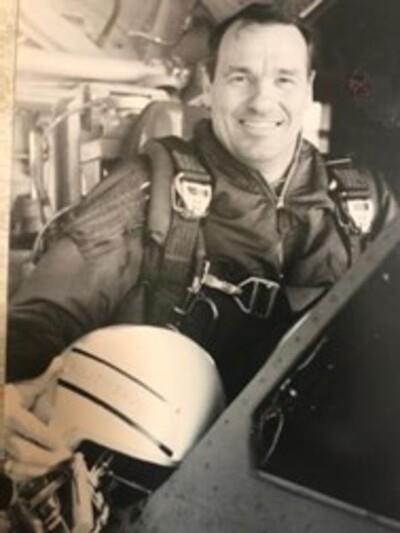 So sorry for your loss, Peggy. May good memories carry you through these days of grief.

Dear Peggy, So sorry to hear of Jerry's passing. We are glad that you got to have him for a good long time. God bless, Pam & David Stephan

Jerry was such a great man, the world has lost one of the best. Prayers for the family.

My deepest sympathy, Jerry will be missed.

It’s tuff to lose a friend like Jerry but I hope to see him later.

OMG! Peggy and family, please, please know that you are in my thoughts and prayers. If there is something I can do, let me know. Until then feel the big hug I have just sent your way.

Get email updates about Gerald Hostetler delivered directly to your inbox.

Gerald Bruce Hostetler (Jerry) 88, enjoyed his evening meal, said goodnight, got into bed, and closed his eyes for the last time on Monday, May 31st 2021.

Jerry was a kind, loving, and patient father, grandfather, husband, and friend. Jerry was also caring, loyal, understanding and committed to his family.

He never hesitated to roll up his sleeves and pitch in to help a friend or neighbor in need. Jerry was an avid hunter, fisherman, and gardener and he loved the outdoors. He spent many hours in his gun room with children, friends, and a cold drink while loading ammo.

He spent a lot of time with Little League organizations here and in New Jersey.  He was a coach for all but 1 of his 7 children. His children were very involved with their stock show animals. Jerry spent countless hours helping with their projects in 4H and FFA.

Jerry was born in Lewiston, Idaho on July 21,1933 to parents Raymond Bruce Hostetler and Marguerite Jenkins Hostetler of Asotin, Washington. Jerry grew up in the Richland area and graduated from Richland High School in 1951.  He attended college at Washington State University on a track scholarship, He enlisted in the United States Air Force in 1954.  Jerry flew with the hurricane chasers’ weather recon squadron. These pilots flew into the eye of the storm and collected valuable data for the National Weather Association. Jerry was the Base Commander at Edwards and a flight trainer for new recruits.  He met and married his first wife, Diane Bain Brown at Edwards. They had four children together.  While stationed in Laredo, the base closed and Jerry decided to work for United Air Lines.  He moved the family to Highlands, New Jersey where he flew out of Newark and LaGuardia airports in New York for United and became a reservist for the National Guard. In 1976 Jerry and the family moved to Blanco Tx. In 1978 Jerry retired from the Air Force as a Lieutenant Colonel.

He met and married his current wife Peggy Hickman Weiershausen in 1986 and they, along with her son Carson, began their marriage of 35 years. Jerry and Peggy had two sons: Aaron and David. Jerry retired from United as a full Captain in 1996. His retirement years were spent with his wife and children, Rodney Green and many other cherished friends.

He is survived by his loving brother Ronald Dean Hostetler, wife Peggy Hostetler, their 2 children Aaron and David (Leigh) Hostetler, a stepson

In lieu of a traditional funeral the family will hold a private ceremony at the Hostetler home at a date that is pending. There will be a celebration of Jerry’s life with family and friends in late August or September. In lieu of flowers, the family asks that a donation be made to the Blanco Little League or Hill Country Memorial Hospice.

Peggy would like to thank each and every health care worker as well as Hill Country Memorial Hospice, especially Judy Lauw-Roberts, Monica Rivera, and Chaplain William, for all the kind and loving care given to Jerry and our family.