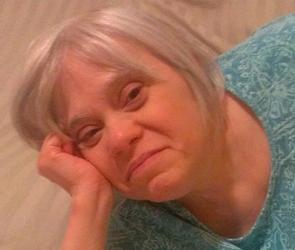 My prayers are with you and your family.

May you be at Peace knowing that Geri now enjoys the embrace of Mary Mother of God and the church as well as her own dear mom as she was brought home on Mary's Day. Ellen V Kelly

I am so sorry to hear of your lost. May you find comfort in the God of all comfort because he cares for you. 1Peter 5:6-7.

So sad to learn about our dear friend Geraldine's passing. Thanks to the four of you she blossomed and led a beautiful life. She was an inspiration to so many of us. She will be missed

Prayers and fond memories are what we have to remember our dearly departed. May the love of family and friends comfort you during these difficult days. My most heartfelt condolences.

Sending our sympathy and prayers that God may comfort you and hold you in the palm of His hand.

Although our entire family is deeply saddened to learn of Geri's passing, we were truly blessed to have known and shared so many happy memories. May God reward her soul and Bless her family of caregivers.

You are all in my thoughts and prayers. So sorry for your loss .

Get email updates about Geraldine Lipari delivered directly to your inbox.

LIPARI, Geraldine Rosaria (Geri) 60 of Rutherford, passed away peacefully on January 1, 2017. Beloved daughter of the late Frances (nee Alesci ) and Salvatore S. Lipari; cherished sister of Joan Tidona and her husband Frank and Barbara Laborim and her husband Vinnie. Geri born in Passaic, was a lifelong resident of Rutherford. A graduate of Rutherford High School, she was an employee at BCSS Wood-Ridge Program for over 35 years. Geri participated in many activities. As a Special Olympian Geri competed in various events. She was awarded the Gold Medal for standing broad jump and the 50 yard dash. The first women member of the Rutherford Chapter of UNICO National, Geri served in many capacities, assisting with projects including fundraising for the Community Pantry, serving at the pasta dinner for Kip Center seniors and at the Arc Special Needs Canteen. Geri was appointed Honorary Co-Chair of the UNICO National Mental Health Committee in 2004 by then President Michael Mariniello and served for many years. Geri was a member of the Girl Scouts of Northern New Jersey and HANDS of North Arlington, a social organization for adults with special needs. Geri will be long remembered for her charm and the joy she brought to many. Memorial donations may be made to Special Olympics New Jersey, 1 Eunice Kennedy Shriver Way, Lawrenceville, New Jersey , 08648, Rutherford First-Aid Ambulance Corps, PO Box 217, Rutherford, New Jersey, 07070, Rutherford Community Pantry, Inc. 176 Park Avenue , Rutherford, New Jersey,07070, HANDS ,Inc. 12 York Road, North Arlington, New Jersey , 07031. Funeral from the Macagna-Diffily-Onorato Funeral Home 41 Ames Ave., Rutherford, NJ, on Thursday January 5, 2016 at 9:45 am thence to St. Mary RC Church, 91 Home Ave., Rutherford, NJ where a Funeral Mass will be offered at 10:30 am. Interment to follow at Holy Cross Cemetery, North Arlington, NJ. Visiting hours Wednesday 2-4 and 6-9 pm.