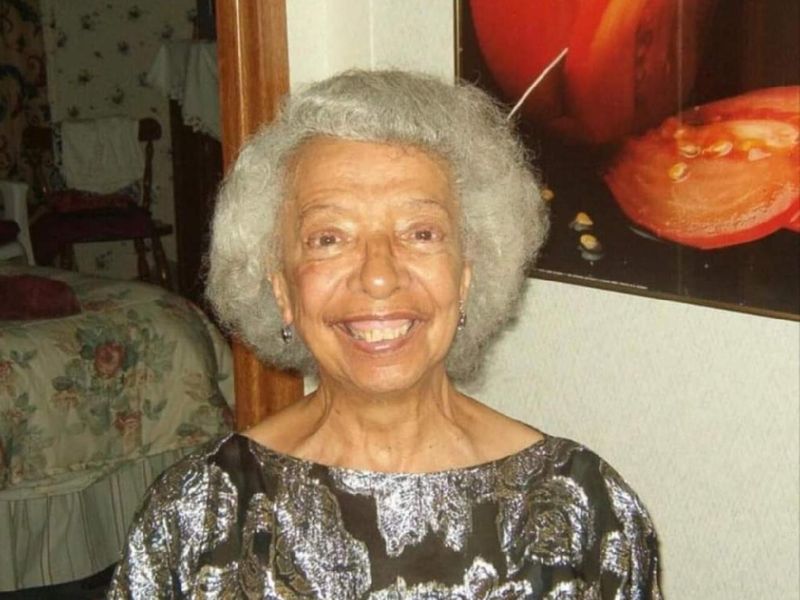 Gertrude (Robinson) Ferguson was born on April 9, 1921, in Finchburg, AL, to the late Elijah and Lula Robinson. She was the 8th of thirteen children (Henry, Uriah, Elizabeth, Lee, Desiree, Cullie, Minnie, Clinton, Rochester, Ruth, Robert, Alfreda). They lived on a farm, which the children had to work, before going to school. Immediately after finishing school, this lively young lady took a bus (alone) from her small town in Alabama to start her new life in the big city of Chicago. With a lack of money, she lived in the YWCA until she was able to move into her own place, while working in a domestic capacity, throughout her employment life.

A few years later, she married James Ferguson of Ohio. Although there were no children in this union, Aunt Gert was like a "Mother" to all her nieces and nephews, affectionately referring to them as "my girls" and "my boys"! Soon she moved to Detroit, Michigan near her sister Minnie, before relocating to Alabama in 1994, near her brother Robert.

Later, Gertrude moved to Los Angeles California, to be near many of her siblings while she continued to work in a domestic capacity. She was an active and faithful member of the New Mt. Calvary Baptist Church in Los Angeles, singing in the choir, and volunteering on several Auxiliaries and Boards. In 1998, she decided to settle down in Wiggins Mississippi, near her brother Cullie and there she spent the last 23 years of her life.

Gertrude loved the Lord, as she was always a faithful church member throughout her life and most recently with Bethlehem Baptist Church in Wiggins, Mississippi. She was a happy, fun-living, quick-wit, outspoken, active and adventurous woman. And from her various relocations, you can see that she loved to travel (Hawaii, Grand Canyon, Death Valley, Canada, Ohio, Michigan, New York)! She also loved fashion, shopping, playing dominoes, tickling with her nieces/nephews and visiting family/friends!

On many recent occasions, Gertrude shared that she wanted to live to be 100 years old and the good Lord blessed her in reaching that milestone on April 9, 2021. Thank you, Lord for blessing our lives with this sweet and kind woman. Gertrude leaves to cherish her memory, one surviving brother Clinton Robinson, a host of nieces and nephews, relatives and friends.