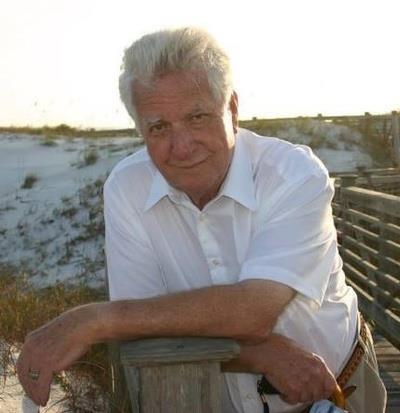 So sorry for your loss. Our thoughts and prayers are with you and the family. Your fellow Optimist friend!
Russ & Kathy Clark

So very sorry for your loss, and sorry I was unable to be at the service. My wife and I are in Florida until Friday. Gordon will live on in his boys, and his grandchildren. Thoughts and prayers.

To Cousin Rosemary & Family:
We have fond memories of you all at the Meyers Family Reunions, pictures taken, laughter and meals. Cherish the memories of a life well lived and an awesome servant of God. Our prayers are with you all these days. Love, Mary (Meyers) Rockwell, Linda Rockwell Smock, Joyce Rockwell Stembel, Barbara Rockwell Hancock, & Robert Rockwell and families. Indiana.

We will remember Gordon's smiles at church; you will be missed. Our deepest sympathy to family. Betty and Joe Dano

Our sympathy and condolences. You are in our prayers.

Rosemary & Family,
We're so saddened to know Gordon has left us. He was a great co-worker and a friend to everyone. You're in our hearts and prayers.

Gordon was my boss at Sears in the sewing machine and vacuum dept. way back in the early 60's, before I entered the Army. Great guy to work for.
Again, sorry for your loss.
Ron Sigo - Whitney, TX.

I'm sorry for your loss, Tom

Get email updates about Gordon McCool delivered directly to your inbox.

Gordon was born on May 29, 1929 in Lafayette, IN to the late Victor and Ramona (Verhey) McCool. He graduated from Dayton High School in 1947 then enlisted in the US Navy serving during the Korean War. He was honorably discharged in 1952.

He met Rosemary Alexander while taking courses at Indiana Business College, and Rosemary worked across the hall for the Painters and Decorators Union. They married on June 26, 1955 in Goodland, IN.

Gordon had a 36-year career at Sears, Roebuck and Co. in West Lafayette working in sales and management positions. For the last seven years of his tenure he was an outside sales consultant in the home improvement department, retiring from Sears in 1991. After retirement he joined Highland Park Associates and held a real estate broker license and certified residential appraiser license. He was owner and operator of Good Earth Realty and was also employed by Metropolitan Realty, Colonial Realty, and Bud Sanders Realty and Appraisals.

Gordon and Rosemary are charter members of Christ United Methodist Church in Lafayette, where Gordon sang in the choir and taught Sunday School.  He was a member of American Legion Post 11, the Tippecanotes chapter of SPEBSQSA, National Board of Realtors, Indiana Board of Realtors, Lafayette Board of Realtors, past president of both the Lafayette Breakfast Optimist Club and Sears Retiree Club, and a Home Hospital Redcoat.

Gordon is survived by his wife, Rosemary, sons Thomas (Carrie), grandchildren, Lauren and Katie, Lafayette, IN, Timothy (Kelle), grandchildren Alexander and Grace, Lawrenceville, GA, and John (Melissa), step-grandchildren Nathaniel and Michael Winn, Kokomo, IN. He was preceded in death by his parents and his siblings Martha Daujotas, Esther Rence, and Donald McCool.

After his retirement from Sears, Gordon enjoyed traveling and going to auctions and garage sales. He and his wife began collecting McCoy pottery items and attended McCoy collector conventions in Zanesville, OH. For several years they owned property in Lakeland, FL and spent winters there. He studied his family history, amassing boxes of information and taking trips to conduct research, including a trip to Scotland. He loved to tell stories and reminisce, and he loved his family very much especially his grandchildren. His proudest moments were watching his three sons graduate from Purdue University.