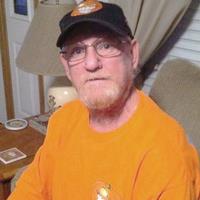 In loving memory of a wonderful person. We will love you and miss you always. I am so glad that we became friends. I will miss my buddy

You will be missed Uncle Punkin. We had some great times together. Our trips to the Outter Banks to catch those red drum won’t be the same without you.

DAD, WE ARE SURE GOING TO MISS YOU XOXO SUNNY JAYDAN N TINA

So sorry for your loss prayers for the family

Forever in our hearts ! Keep an eye out, Your Loving daughter, Sunny an her Momma Tina.

In Loving Memory Of Punkin From Andrew, Brandon, Glenda, David, And Sharon Taylor. We will miss you! Thank you for being more than family, we were great friend's too, you will be missed beyond word's!

Get email updates about Granville Cropper delivered directly to your inbox.

Mr. Cropper was a 1966 graduate of Stephen Decatur High School. He was a United States Army Veteran and later worked as a carpenter. He was a member of the Assateague Mobile Sports Fisherman Association; he loved to hunt and loved baseball. He also was a member of the Sinepuxent Rod and Gun Club.

A funeral service will be held on Thursday, April 15, 2021 at the Burbage Funeral Home, friends and family are invited to come from 1pm to 2pm to pay their respects, the service will follow beginning at 2. Interment will be held privately at Evergreen Cemetery in Berlin. In lieu of flowers donations can be made to the Granville Willard Cropper “Punkin” Fund at Calvin B Taylor P.O Box 5 Berlin, MD 21811. Arrangements are in the care of The Burbage Funeral Home. Condolences may be sent to the family via www.burbagefuneralhome.com.