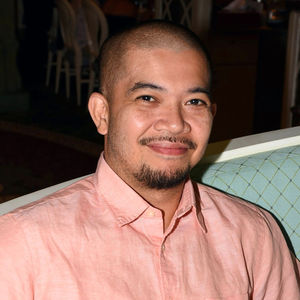 Harold Michael Cenidoza was born on September 17th, 1977 in Pila Pila, Binangonan, Rizal. He was the eldest of Honorio and Mena Cenidoza's two sons, Harvin being the youngest. His family moved to America in December of 1982, living with his Aunty Cely before eventually settling in Torrance, California.

Harold has been intellectually gifted since a young age, having attended Magnet schools throughout his schooling starting from elementary and throughout high school. At Harbor Math/Science Magnet Elementary, he placed in an art contest for his design of alternative swimwear for people with gender dysmorphia. In third grade, he taught himself calligraphy and was so good at it, his school tasked him to make achievement certificates for his peers.

He attended Nathaniel Narbonne Math/Sci Magnet High School where he was not only gifted intellectually, but physically as well. Harold played basketball competitively for Southbay F.O.R. non profit, and Narbonne High School Gauchos C's, B's and JV teams. He won several championships playing for these teams.
Harold attended The University of California, Irvine where he met the love of his life, Theresa Sarno. In 2000, Harold was hired as an intern for Torrance Memorial Medical Center where he served as an intern until he went on to earn his PharmD from the University of Southern California in 2004. He has been serving as the night shift Pharmacist for Torrance Memorial ever since.

In 2007, Harold married his soul mate, Theresa after being inseparable since 1996. They loved to travel and watch movies together. But most importantly, they adored each other's company. In 2010, they welcomed their first child, Harold "Jun Jun" Cenidoza. Four years later in 2014, they welcomed their second child, Isadora "Isa" Cenidoza.

Harold had many hobbies that included basketball, tennis, golf, pool, and mountain biking. Harold enjoyed learning martial arts, often training with his son Jun Jun. He trained in Taekwondo, Judo, and Brazilian Jiu Jitsu eventually achieving the rank of blue belt. Harold also had a passion for fast cars. Often taking his cars to the track to beat his own times. Whether it was two wheels on a mountain bike, or four wheels on a car he was always seeking to beat his last.
Harold was an amazing husband, dad, son, brother, and friend. He was a man of few words, never one to boast, but his impact was heavily felt. Serving as the firm foundation for his family, there was nothing more that he loved.

Harold will forever be one of our greatest blessings.

Dear Terry and Family,
May God bless you and your family in this time of sorrow. Our sincerest sympathy . . .