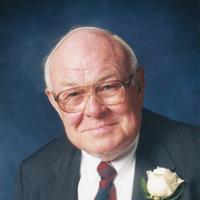 Truly Wonderful Uncle. Blessed to have been loved by such a Great Man!

I worked "side by side " Harry at the Voyager Resort in Tucson AZ. He was a wonderful wonderful person.

Great memories of Boy Scout Troop adventures with with Mr. Jamison and Chip. Summer camp sessions, 20 mile hikes, winter Klondike sled races, paper drives, and so many merit badges and troop meetings. Thank you for your leadership and for being there when we all needed you.

Get email updates about Harry Jamison delivered directly to your inbox.

Harry N. Jamison, age 89, a Wheaton resident, died May 1, 2021. He was born May 27, 1931 in Springfield, Illinois to Ami and Marion Jamison. Harry grew up in Springfield and graduated from the University of Illinois in Champaign with a degree in engineering. While at U of I, he met Judy Wingstrom and the two were wed on May 7, 1955. Harry proudly served his country in the Air Force for 21 years. He worked for 35 years as an electrical engineer for Sargent & Lundy, a Chicago-based engineering consulting company. He was an avid supporter of the Boy Scouts over the years, earning the Eagle Scout Award, then sharing his time, leadership, and experience as Cubmaster and Assistant Scoutmaster. In retirement, he enjoyed traveling North America with their Airstream and crafting wooden toys for children in need.

He is survived by his wife, Judy; his children Harry Jr. "Chip" (Marci) Jamison, Jill Glanzman and Carl Jamison; his grandchildren Matthew (Renée) Glanzman, Jennifer (Joshua) Kattelman, Megan Glanzman and Mallory Glanzman; and his two great-grandchildren Roland Kattelman and Edith "Edie" Glanzman. He is survived by his brother Richard (Nancy) Jamison and numerous nieces & nephews. He was preceded in death by his son Eric Jamison and his brother Tom (the late Sylvia) Jamison.

A visitation will be held on Thursday, May 27, 2021, from 4:00 pm - 6:00 pm at Hultgren Funeral Home, 304 N. Main St., Wheaton, IL with a funeral service to follow at 6:00 pm. Private interment with military honors will be held at Abraham Lincoln National Cemetery in Elwood, Illinois.

In lieu of flowers, memorial gifts may be directed to the Disabled American Veterans (dav.org) or the Boy Scouts of America (scouting.org).