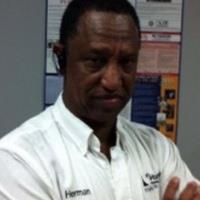 Herman & Tonia, your entire family will continually be in my prayers. Your Dad is resting peacefully in the arms of Jesus Christ!

May your Family forever hear the music

May God bless you and your family in this time of sorrow..

My sincere prayers and condolences to Tonia and the Hickey Family.

Herman was a great role model for his students, family members, and friends. He was truly respected and had a wonderful sense of humor. I pray that God will keep his family in his arms and give them peace, strength, and understanding through this difficult time. He will be truly missed.
Marilyn Huddleston-Reeder
Co-worker/friend at Vatterott Career College
Memphis, TN

Sending our Love, Prayers and Condolences Cousin. Know that you’re loved and continue prayer for the remainder of the family. Will be in attendance.
Love Always
Cousin Vanessa Caswell-Rodgers

The Williams and Spears Family offer our condolences to the entire Dickey Family. We love you Herman and Tonia

Herman was a great guy worked with him at vatterott college rest well friend.

I am so very grateful to have had you as my uncle, music teacher, life coach, comedian, fix it man, pilot and friend. I am also very grateful that you spent time with me in nurturing my talents over the years. When it came to music, you and dad really pushed me to keep going and you guys wouldn't let me give up. I will always love and respect the both of you for that. Losing you is painful indeed, yet I truly thank my Father in heaven that I have so many good memories with you and that is...

Get email updates about Herman "Skip” Dickey Jr. delivered directly to your inbox.

Herman Louis Dickey, Jr. was born to the late Herman Dickey, Sr. and Clara Bell Dickey October 29, 1949, at John Gaston Hospital in Memphis, Tennessee. He was the oldest of his siblings who all looked up to him and admired him deeply as their “big brother”. He was affectionately known by the nickname “Skip,” a name that he wore with pride.

He accepted Jesus Christ as Lord and was baptized in Mississippi.

Skip was a multi-talented individual with gifts that covered several areas: including music, aviation, and air conditioning & refrigeration, just to name a few.  He attended Southside High School where he participated in the school’s band (as a section leader) and other music programs.

After the passing of his father, he took his position as the family patriarch seriously, and served as the family historian with a tremendous collection of pictures, videos and stories to share. As a devoted family man, Skip realized the importance of family unity and he organized family reunions, holiday gatherings, and jam sessions for many years. To his young nieces and nephews, “Uncle Skip” was a valuable resource on family history, and he was quick to share stories of family triumphs that helped them to successfully navigate through life. His siblings, children and other relatives have achieved varying levels of greatness in life as a direct result of his insight, input, and his stern (yet loving) way of giving “marching orders”.

Musically, Skip played multiple instruments fluently.  He served as bass guitarist for world-renowned STAX recording group, The Temprees, where he performed alongside his first cousin, Deljuan “Del” Calvin, and others. He also played piano/keyboard and had his own unique way of singing and teaching songs. In his younger days, he was a regular performer at the historic Club Rosewood in Memphis. He later served as a DJ for parties and events under the stage name, “DJ Sky Kidd”. He used his gift of music to glorify God in church as well, serving frequently with the Youth Choir of Whitestone Baptist Church under the direction of Patty Warmsley. He formed many musical alliances in his lifetime and mentored several aspiring musicians who went on to pursue notable careers in the music industry, including Bryan Nesbitt of the Bar-Kays, his niece Dana Maclin (who accompanied him on many gigs), his oldest son, and several others.

A man of many achievements, Skip earned an Associate of Occupational Studies degree from Vatterott Career College in June of 2010 with a 3.81 grade point average.  He went on to serve as Adjunct Instructor, HVAC Instructor, and HVAC Program Director for Vatterott and as a well-respected full-time Instructor.  He served as a member of the Maintenance team for STAX Museum in 2003, Senior Manager for Mid America Apartments from 2001 – 2003, and Corporate Senior Technical Trainer for Mid-America from 1997 – 2001. Throughout his career, he also served Velsicol Chemical Corporation, The Cates Company, Fogelman Management Company, and Ramada Inn Hotels in various roles.

Aside from his regular job duties, Skip was everybody’s handyman!  He was a home repair specialist who could literally fix anything, and he often performed services for people in need without accepting payment. He received an EPA Certification (Type I and Type II) in October of 1998, an Excellence in Teaching award from Vatterott College in August of 2004, and several awards for proficiency and service while serving in the Maintenance Department for Ramada Inn Hotels.

Venturing into the world of aviation, Skip obtained a solo engine pilot rating in July of 1992, and he was recognized by the Federal Aviation Administration in the September 2013 edition of the Aviation Business Gazette. He was a founding member of the Memphis Blackhawks Aviation Association (1994), an organization which offers mentorship and guidance to underprivileged urban and inner-city youth in all aspects of the aviation industry. He received a National Headquarters Civil Air Patrol Diploma from the Civil Air Patrol Squadron Leadership School at Columbus Air Force Base in Ohio in 1995, earning the rank of First Lieutenant.  He delighted in taking his friends and family on flying exhibitions.

On May 19, 2007, he married Epifania “Ephie” Dickey. They maintained a beautiful life and home together for 14 years.