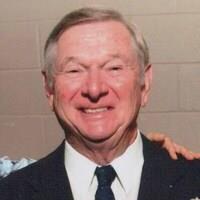 We are so sorry for your loss. Howard was a wonderful and kind person. We express our heartfelt condolences to the entire family. Love to you all. Jerry and Diana Caldwell

Our thoughts and prayers are with you all at this time of your sorrow.

So sorry for your loss Renee. Keeping you in my prayers

To the entire Cissell family, we are so sorry for your loss! All of you are in our hearts and prayers!

To The Cissell Family,
We are very sorry to learn of your father's passing. Prayers and love for our favorite Kentucky family.
Melissa and Jim

I was able to really get to know my cousin over the last 40 years, I spent a lot of time with Howard hunting over at Joe’s place during those years, spent a many a nights telling stories around a fire . Howard would spend the night with us at the cabin and we would always have a good time. I’ll always cherish those times .l could call him anytime and he was always ready to help you anyway that he could .Thanks for all of the good times. His family’s in my prayers

So sorry to hear about Howard, you are in our thoughts and prayers.

Get email updates about Howard Cissell delivered directly to your inbox.

William Howard Cissell, age 81 of Loretto, passed away peacefully Saturday, September 18, 2021, surrounded by his loving family.  Howard was born May 6, 1940, to William Leo and Mary Etta Devers Cissell.  He graduated from St. Francis High School.  He retired from Jim Beam Distillery after 41 ½ years.

Howard was an avid outdoorsman enjoying farming, hunting, fishing, and just being outdoors.  He loved country music and keeping the feeder full for the cardinals and hummingbirds.  He taught his children, grandchildren, and those that thought of him as family so much about nature and living off the land.

He was a lifelong member of Holy Cross Catholic Church serving on the Cemetery Committee and many other volunteer positions.

A Mass of Christian Burial will be held at 10 am Friday at Holy Cross Catholic Church, 59 New Haven Road, Loretto.  Rev. Richard Goodin will officiate.  Burial will follow in the church cemetery.

Expressions of sympathy can be made as contributions to Kentucky Organ Donor Affiliates (KODA), 10160 Linn Station Rd, Louisville, KY 40223